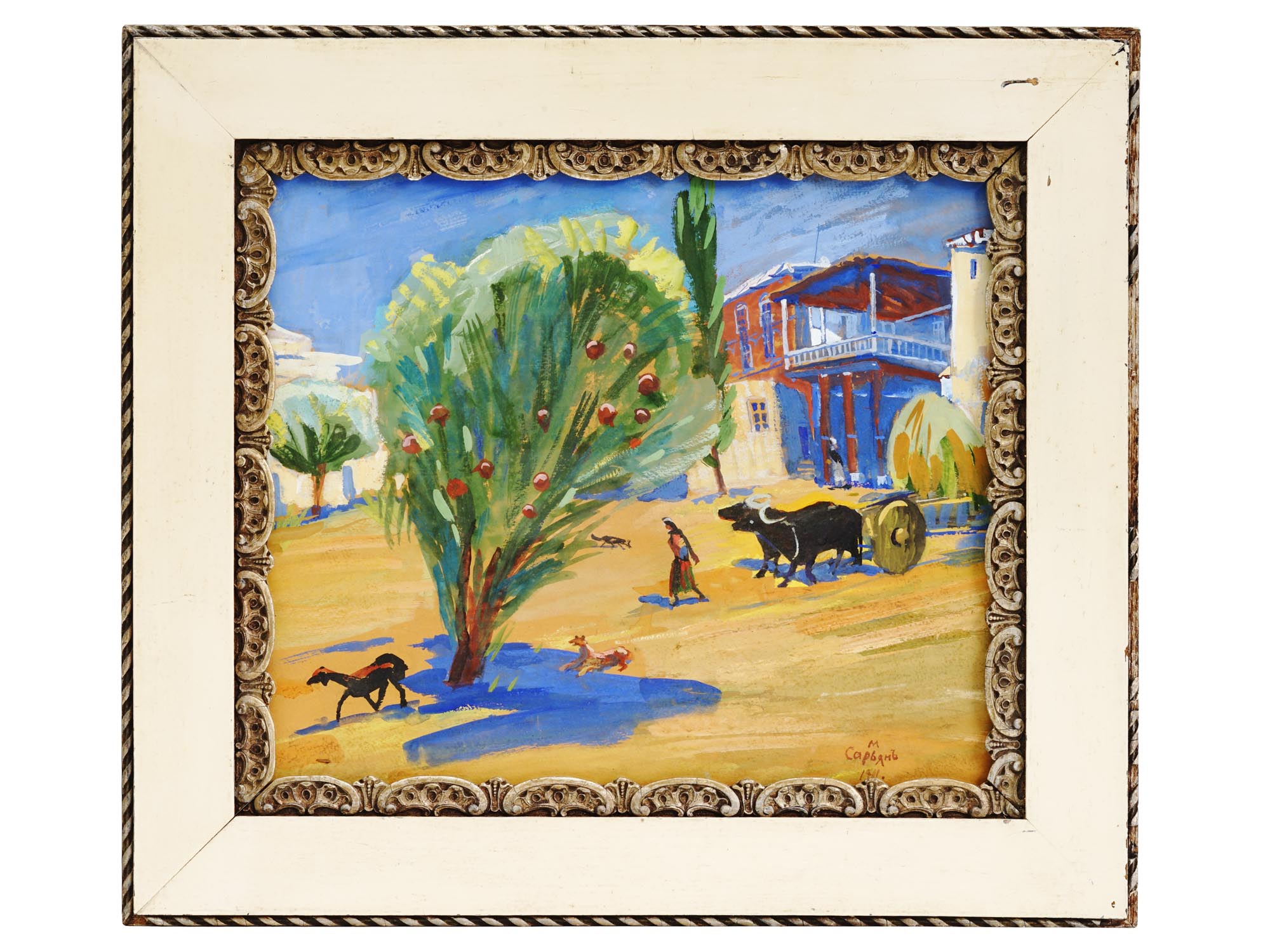 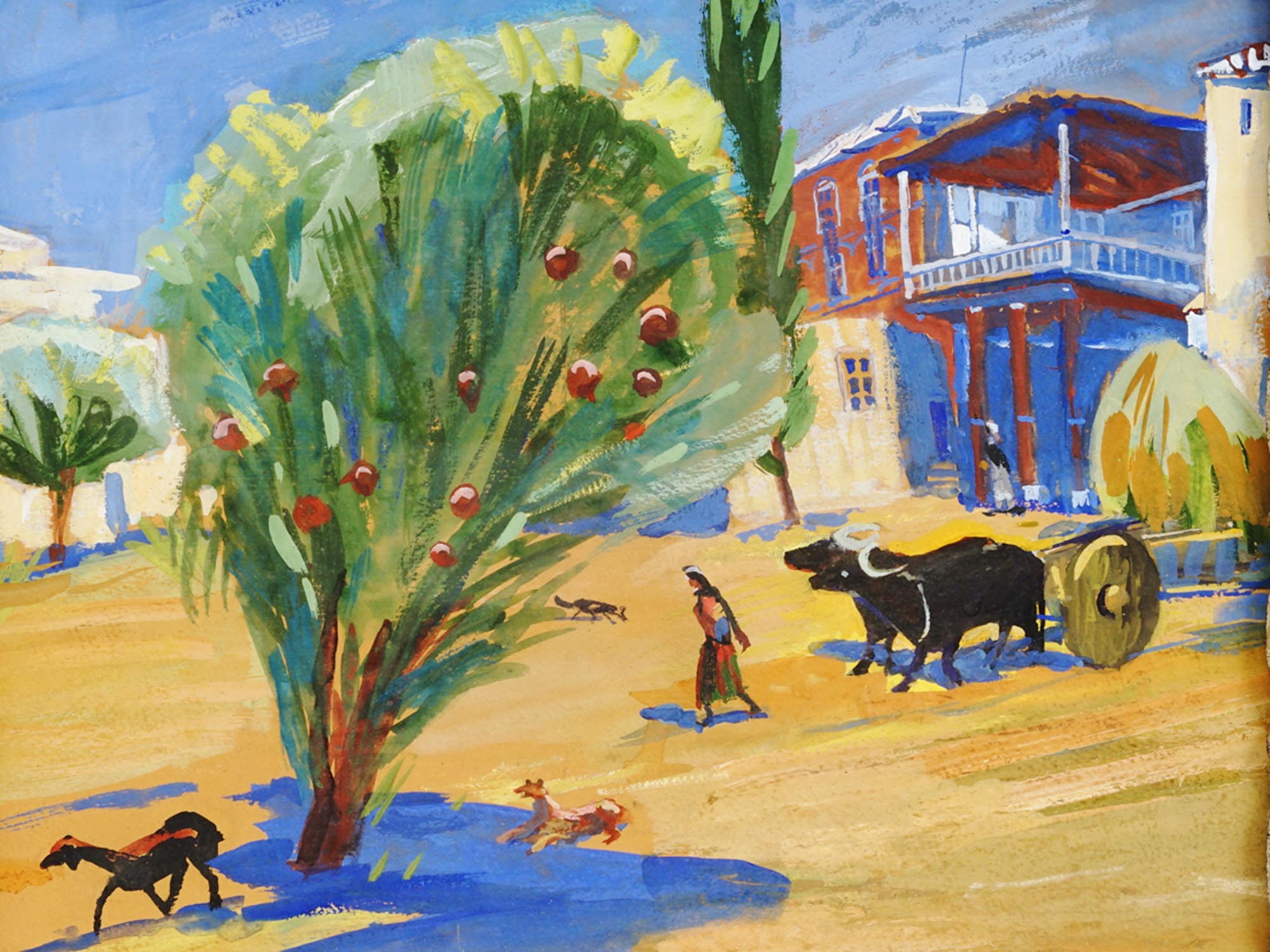 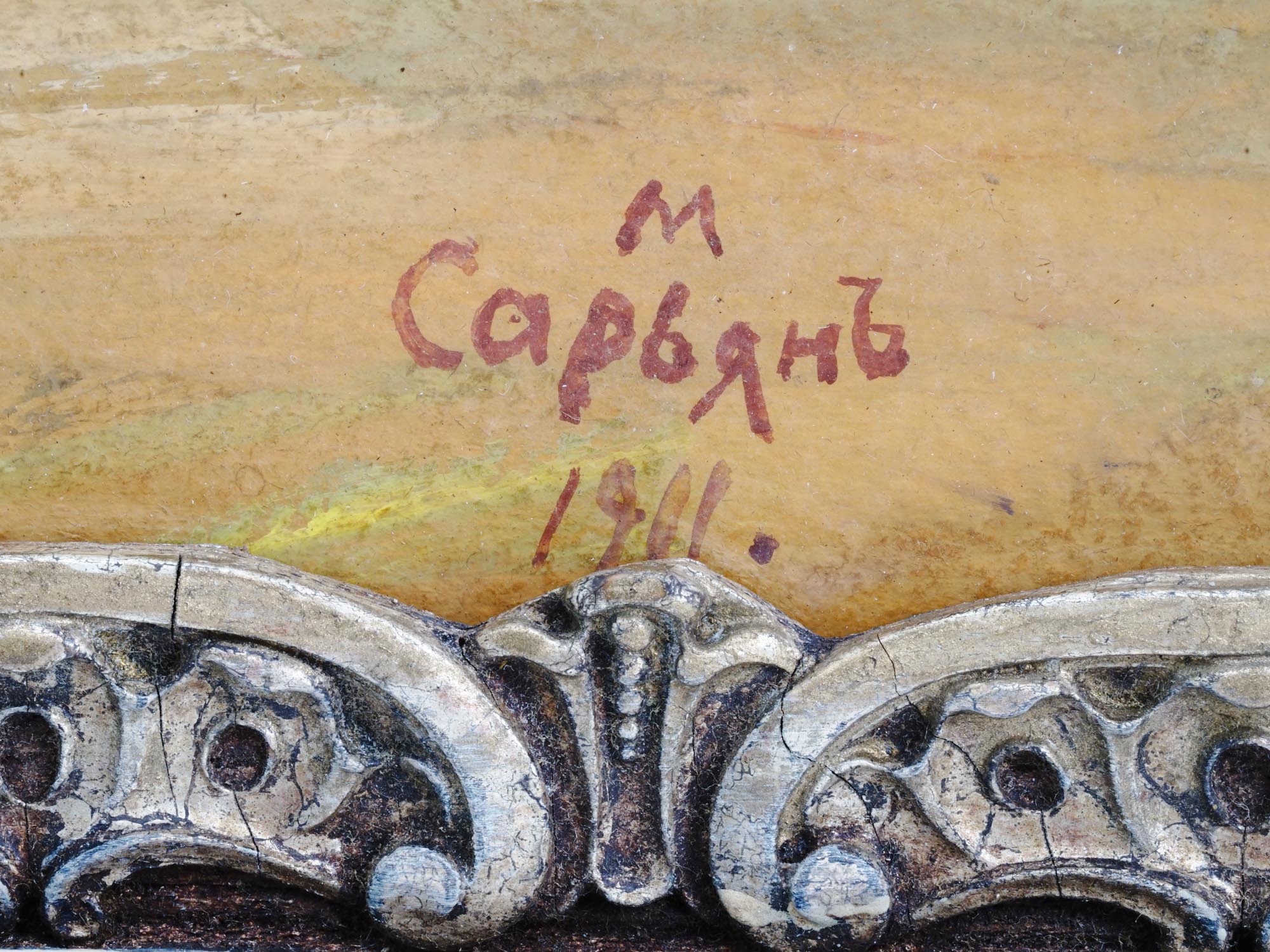 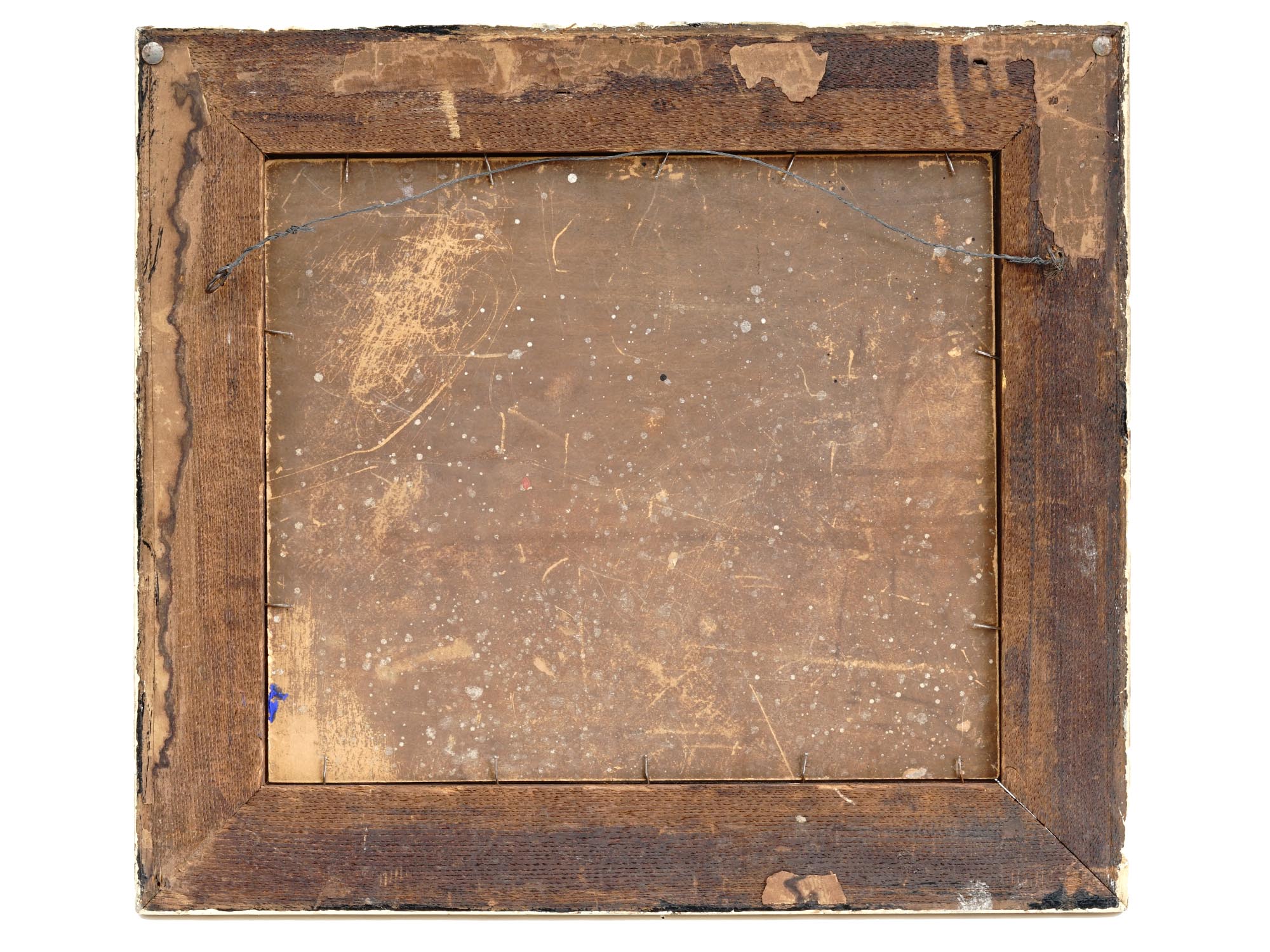 Martiros Seregeevich Sarian, Russian, Soviet, Armenian, 1880 to 1972, gouache painting on paper depicting a Yerevan street scene, 1911. Signed and dated lower right. Framed. Martiros Saryan was a Soviet Armenian painter, the founder of a modern Armenian national school of painting. He is known for Land and townscape, portrait, still-life, figure painting. Martiros Saryan was an Armenian painter. He was born into an Armenian family in Nor Nakhijevan, now part of Rostov on Don, Russia. In 1895, aged 15, he completed the Nakhichevan school, and from 1897 to 1904 he studied at the Moscow School of Arts, including in the workshops of Valentin Serov and Konstantin Korovin. He was heavily influenced by the work of Paul Gauguin and Henri Matisse. He exhibited his works in various shows. He had works shown at the Blue Rose Exhibit in Moscow. One of a kind artwork.

Overall good vintage condition. Working. Signs of age and wear. Refer to photos. Sold As Is.