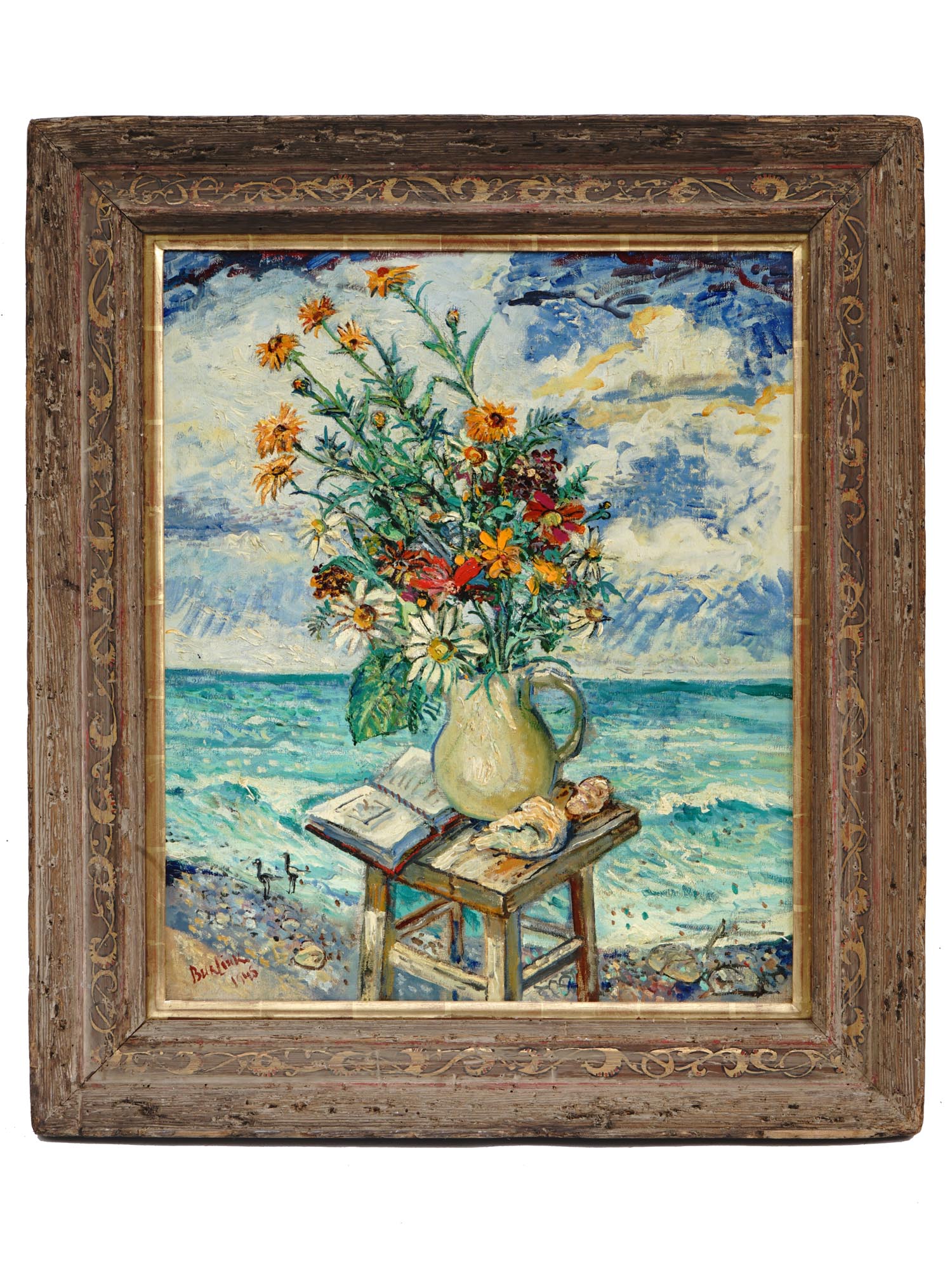 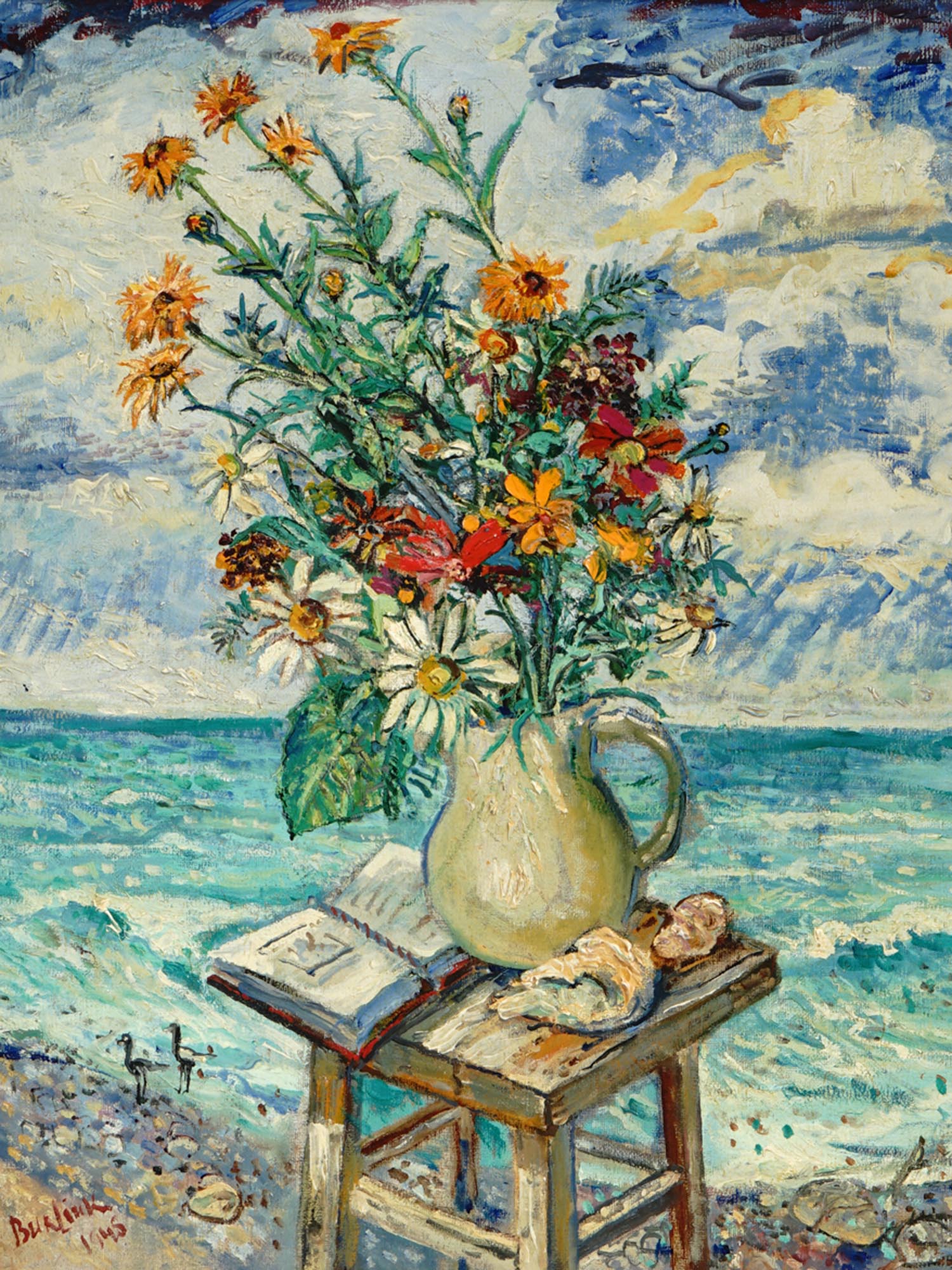 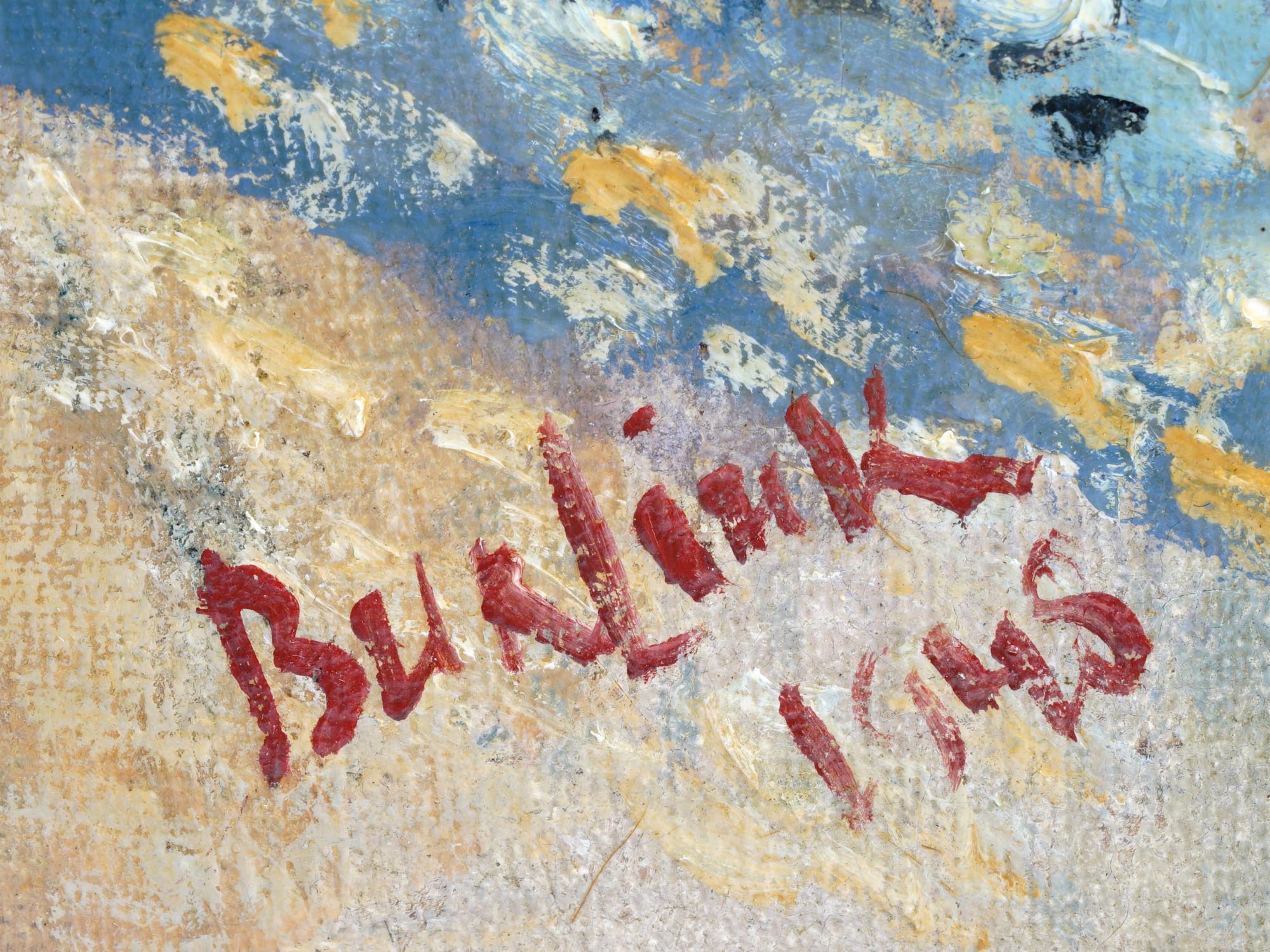 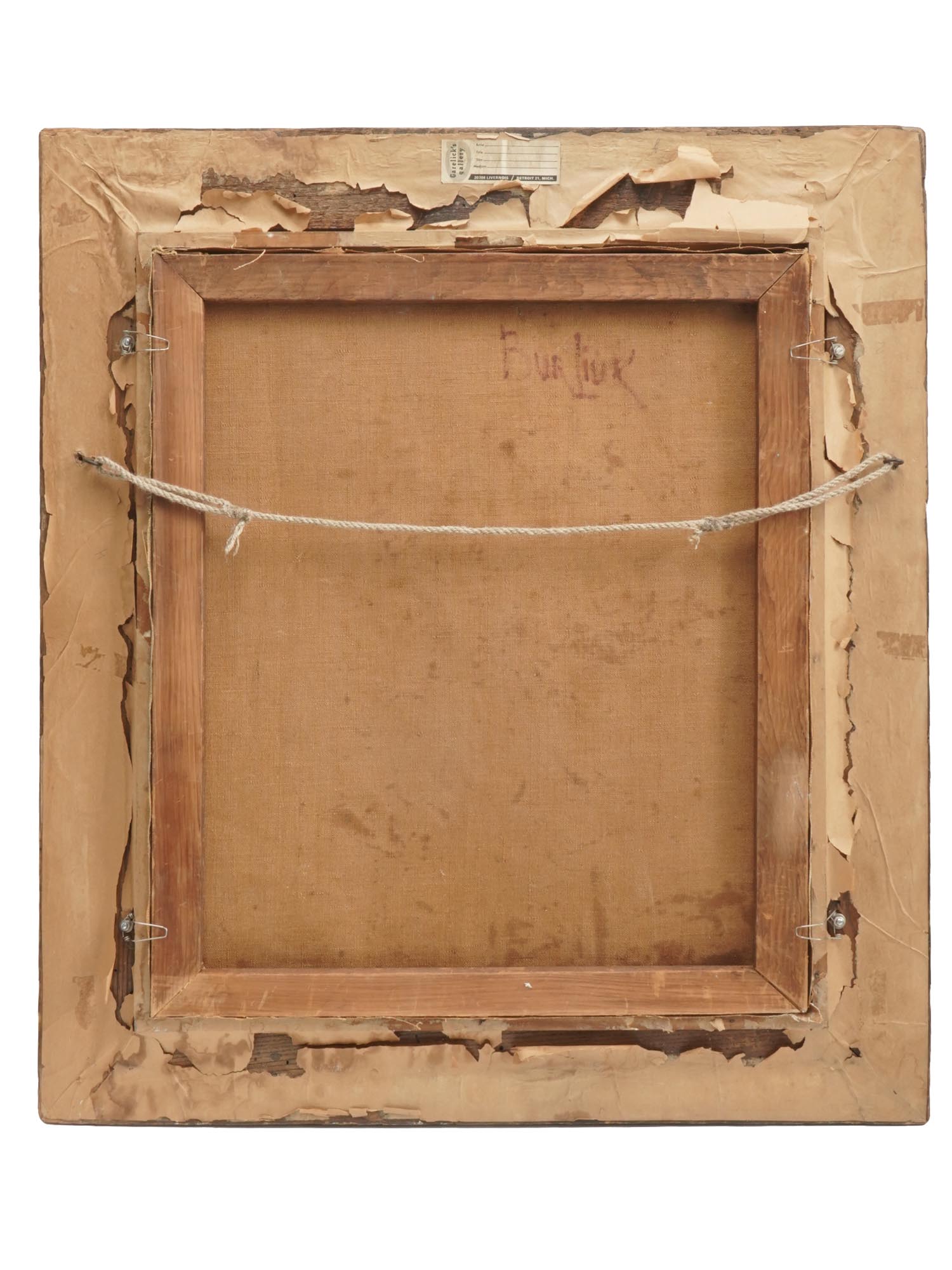 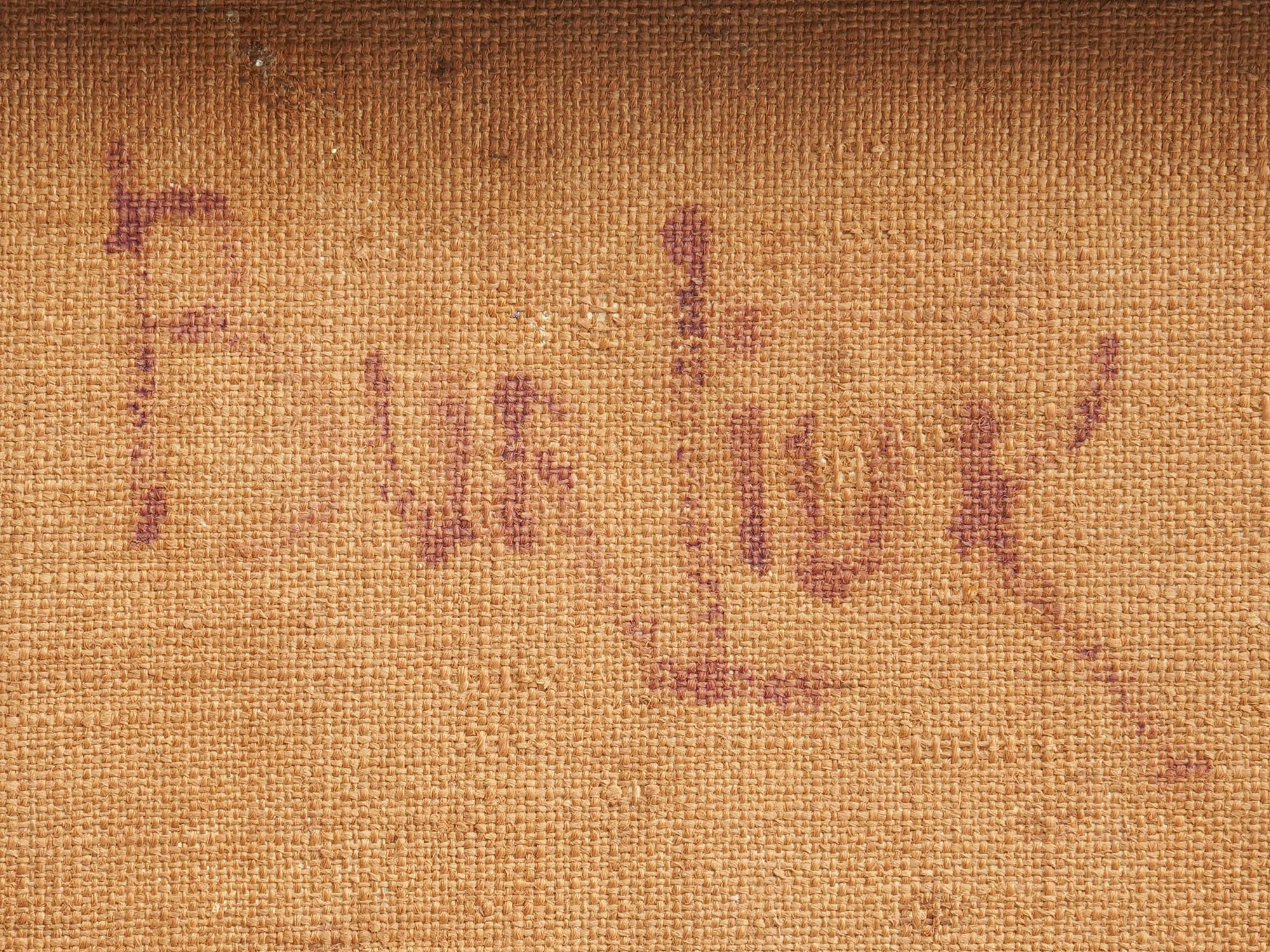 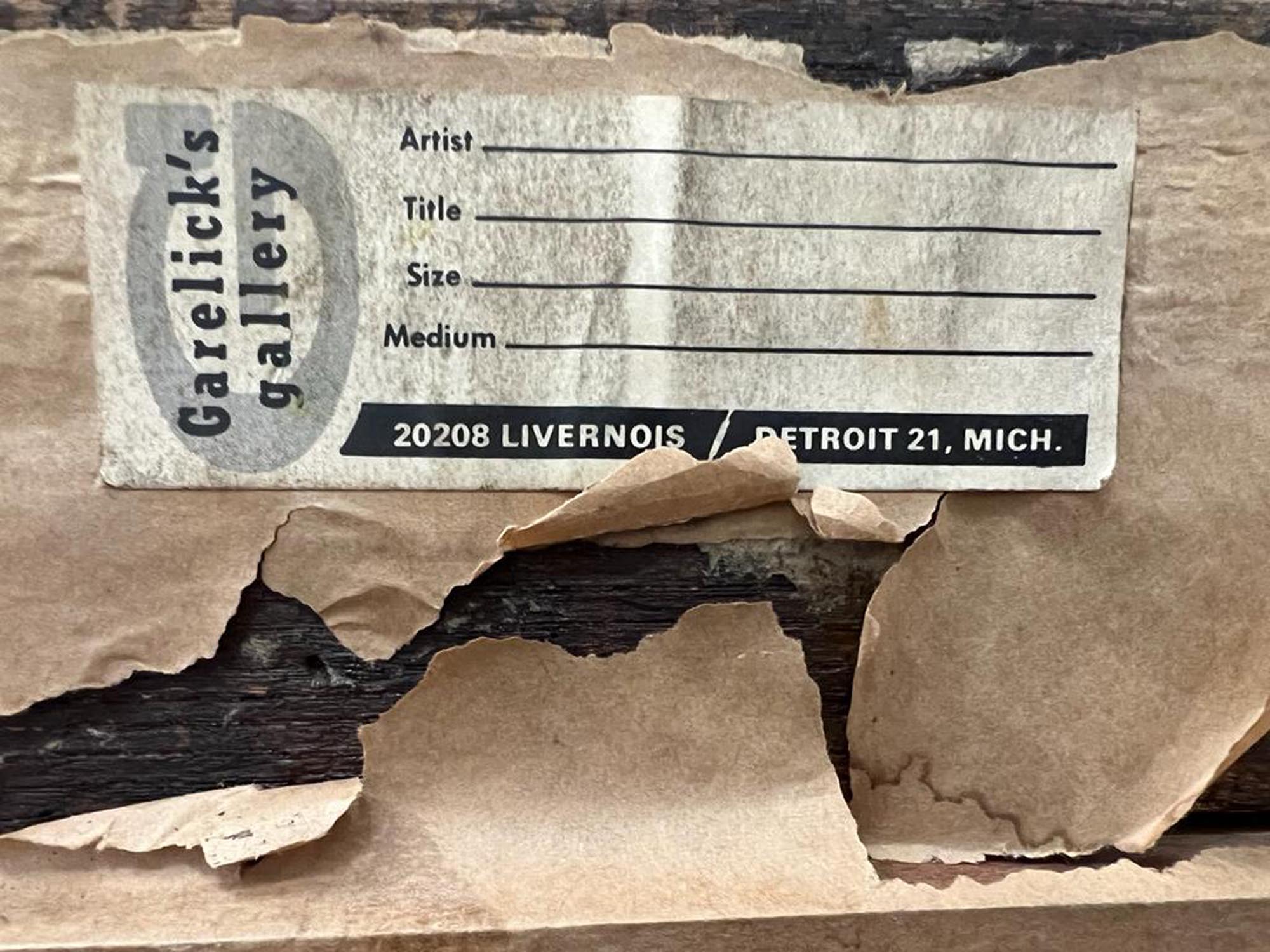 David Burliuk, Russian, 1882 to 1967, oil on canvas still life painting depicting flowers in the jar by the sea. Signed and dated 1945 lower left. Additionally signed to the back. Framed. David Davidovich Burliuk was a poet, artist, and publicist associated with the Futurist and Neo-Primitivist movements. At the outbreak of World War I, the artist fled to Siberia and then Japan before relocating to New York in 1922. His works are held in the collections of the Art Institute of Chicago, the Smithsonian American Art Museum in Washington, D.C., and the State Russian Museum in St. Petersburg, among others. Still Life Paintings And Russian Art Collectibles.

Overall good vintage condition. Working. Signs of age and wear. Refer to photos. Sold As Is.