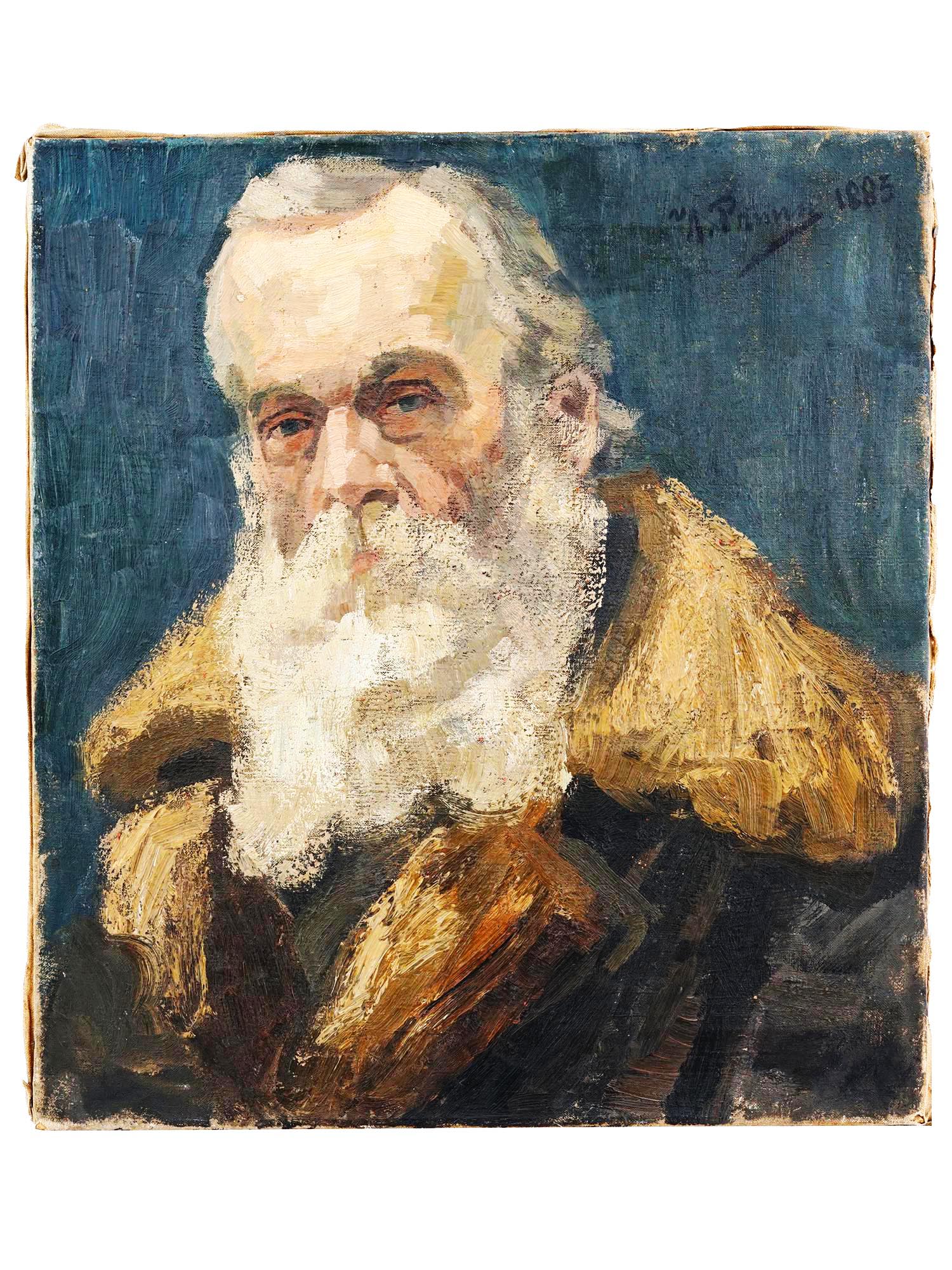 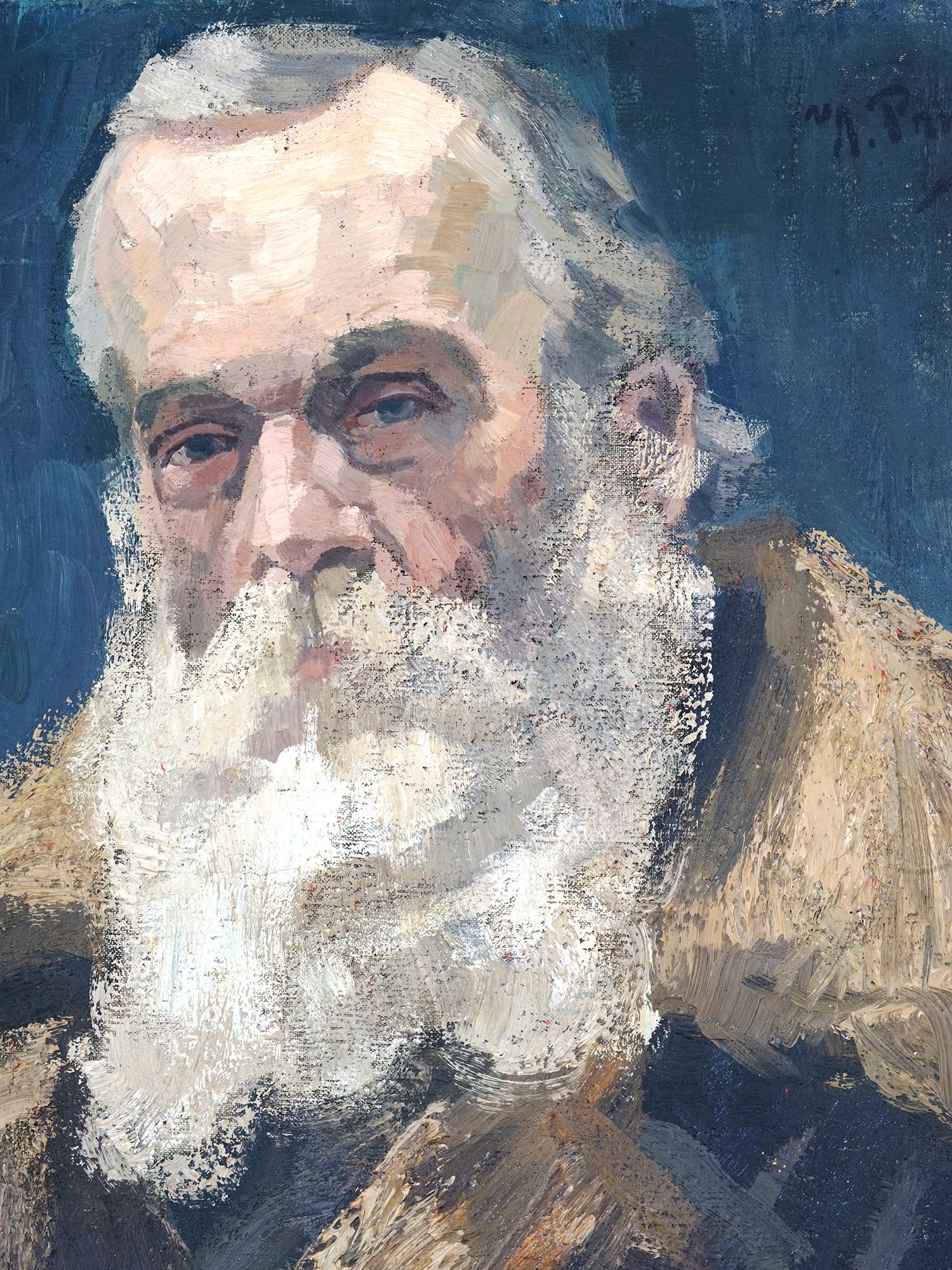 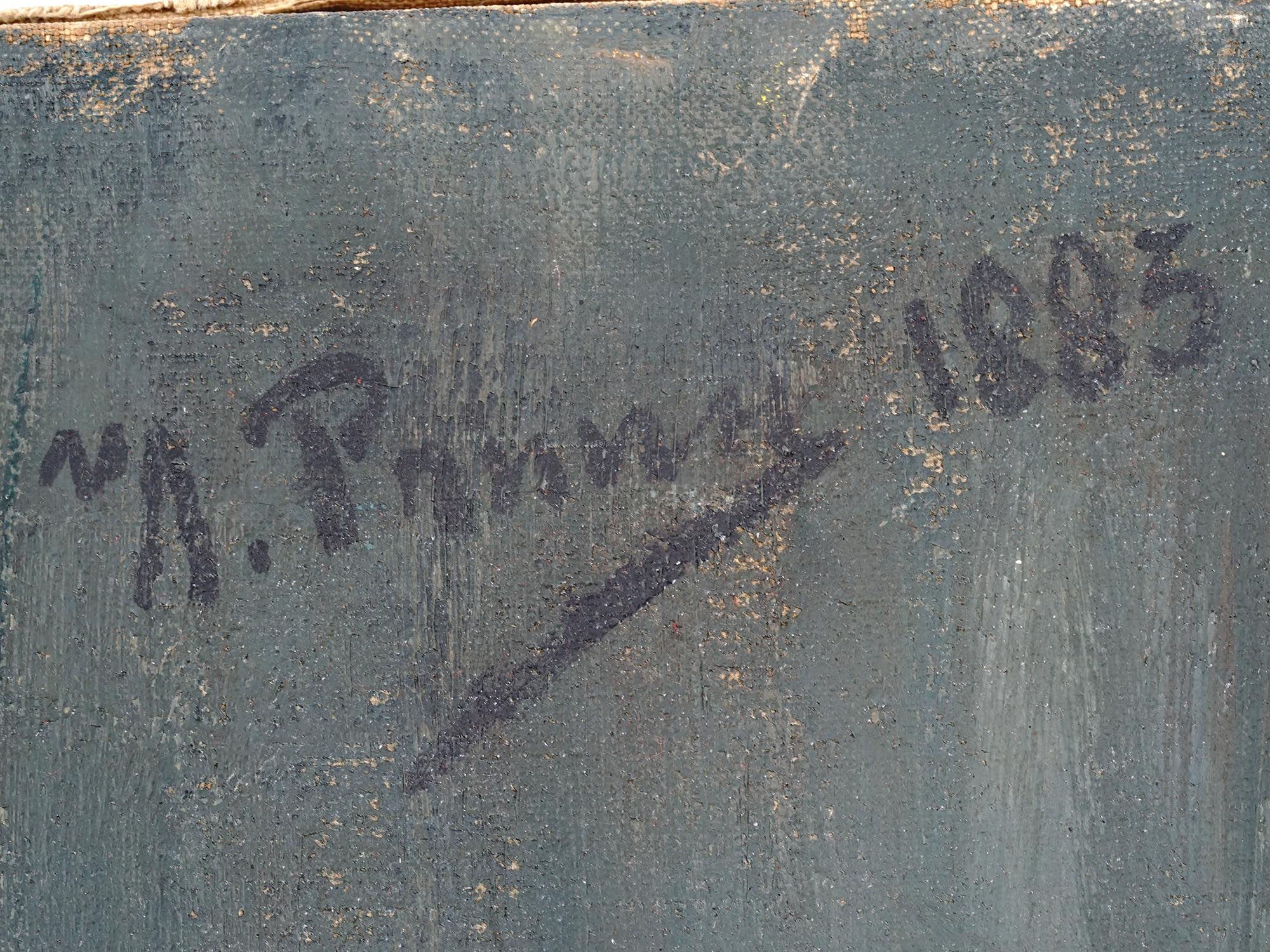 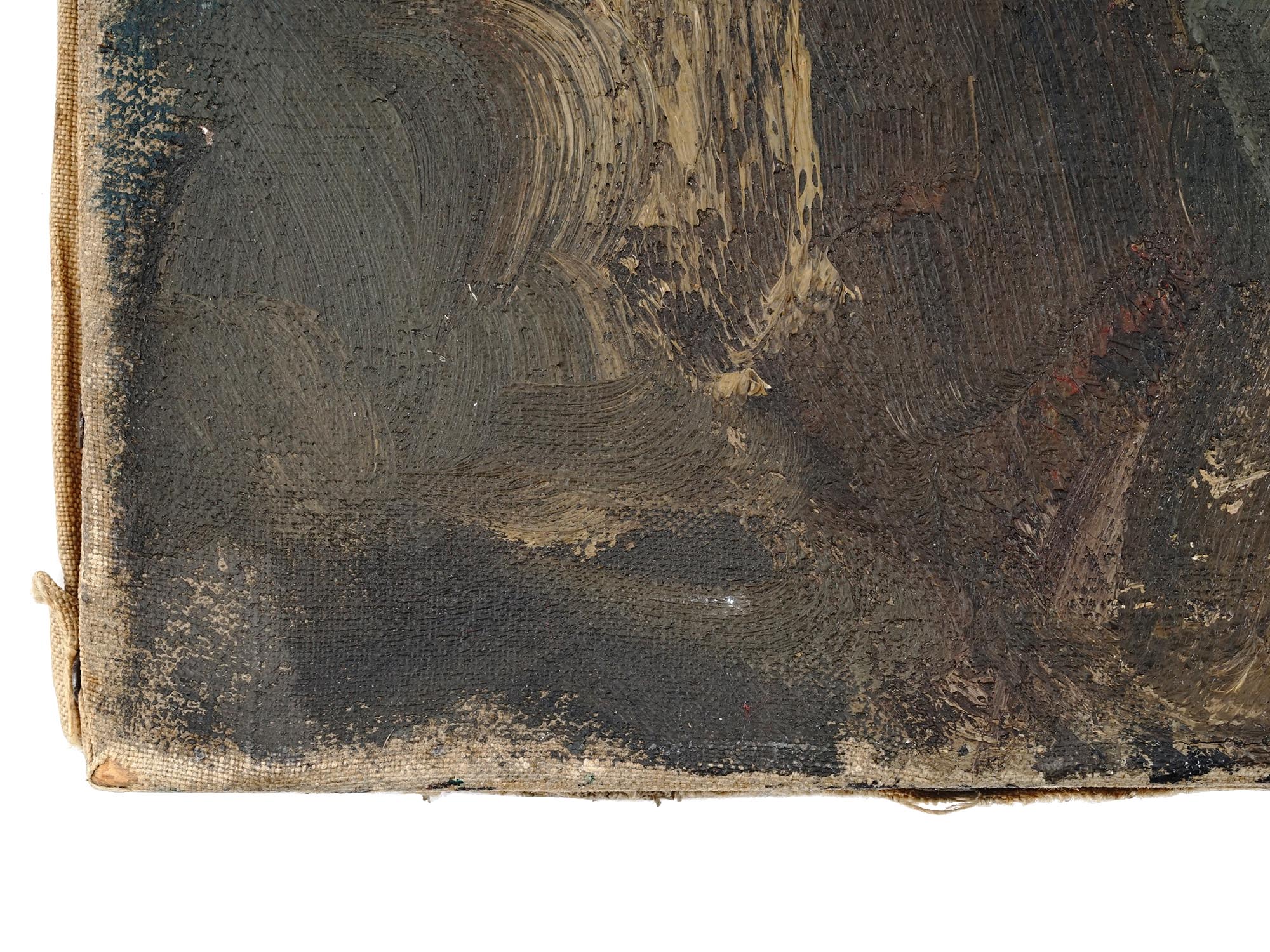 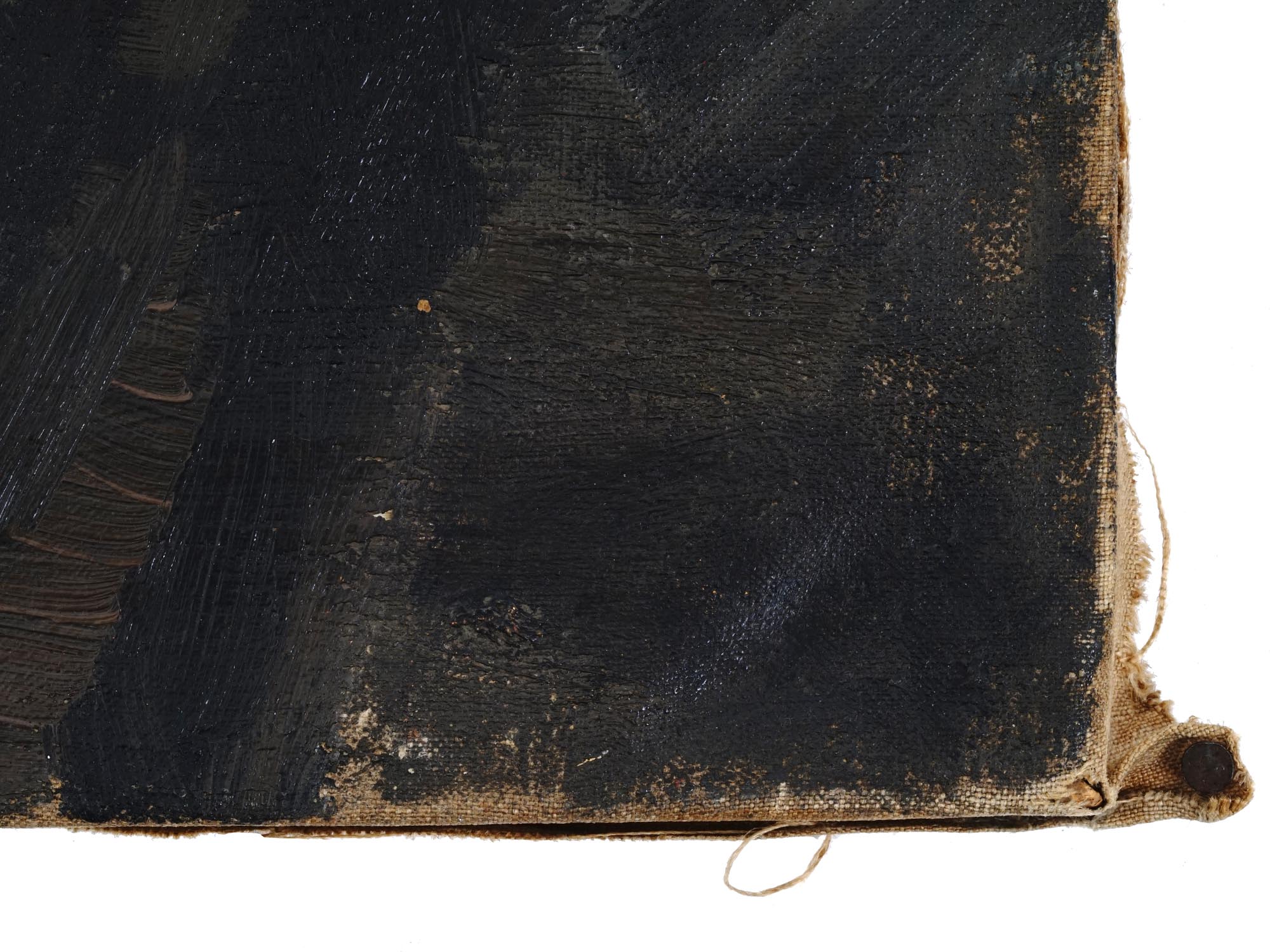 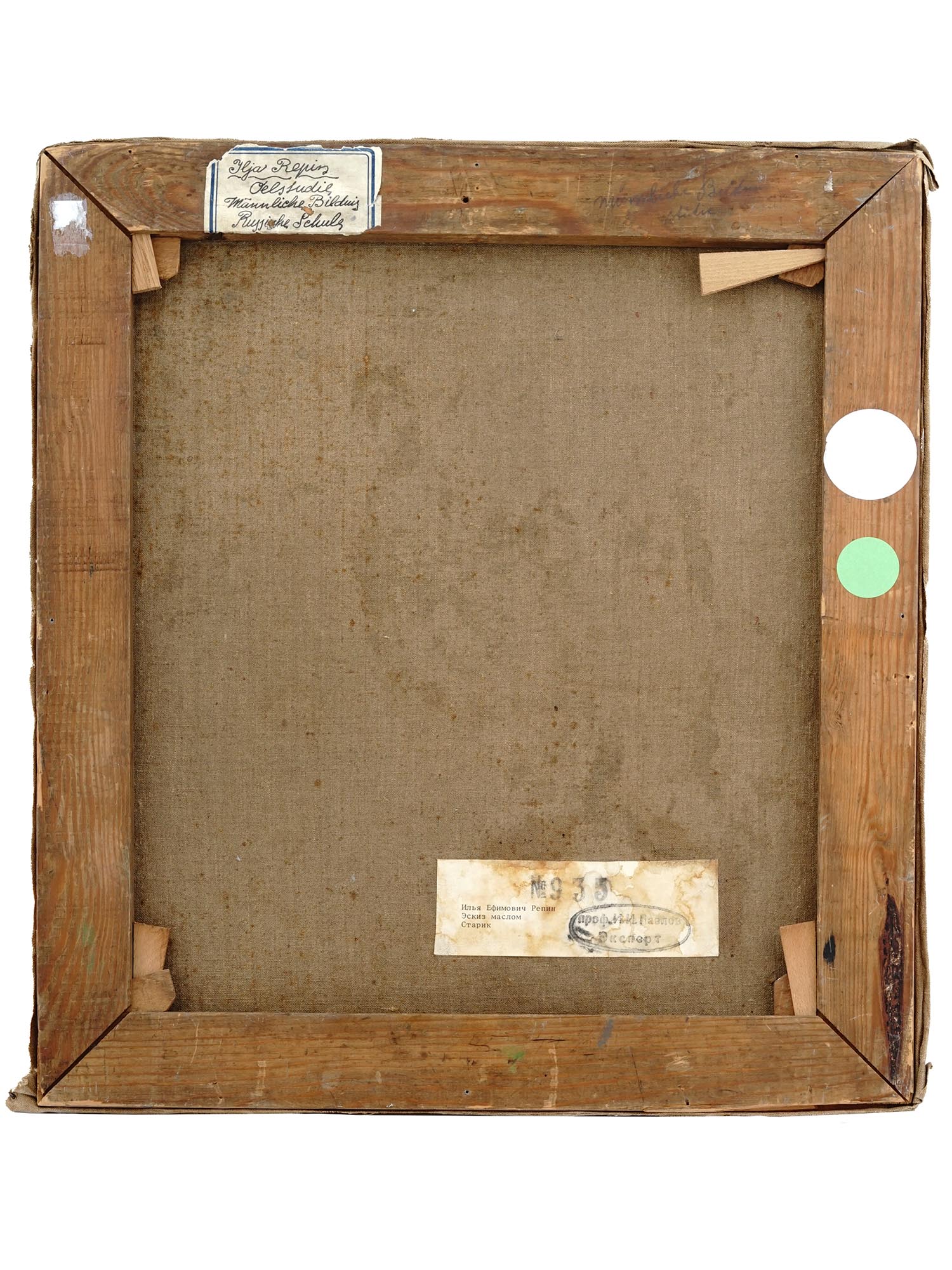 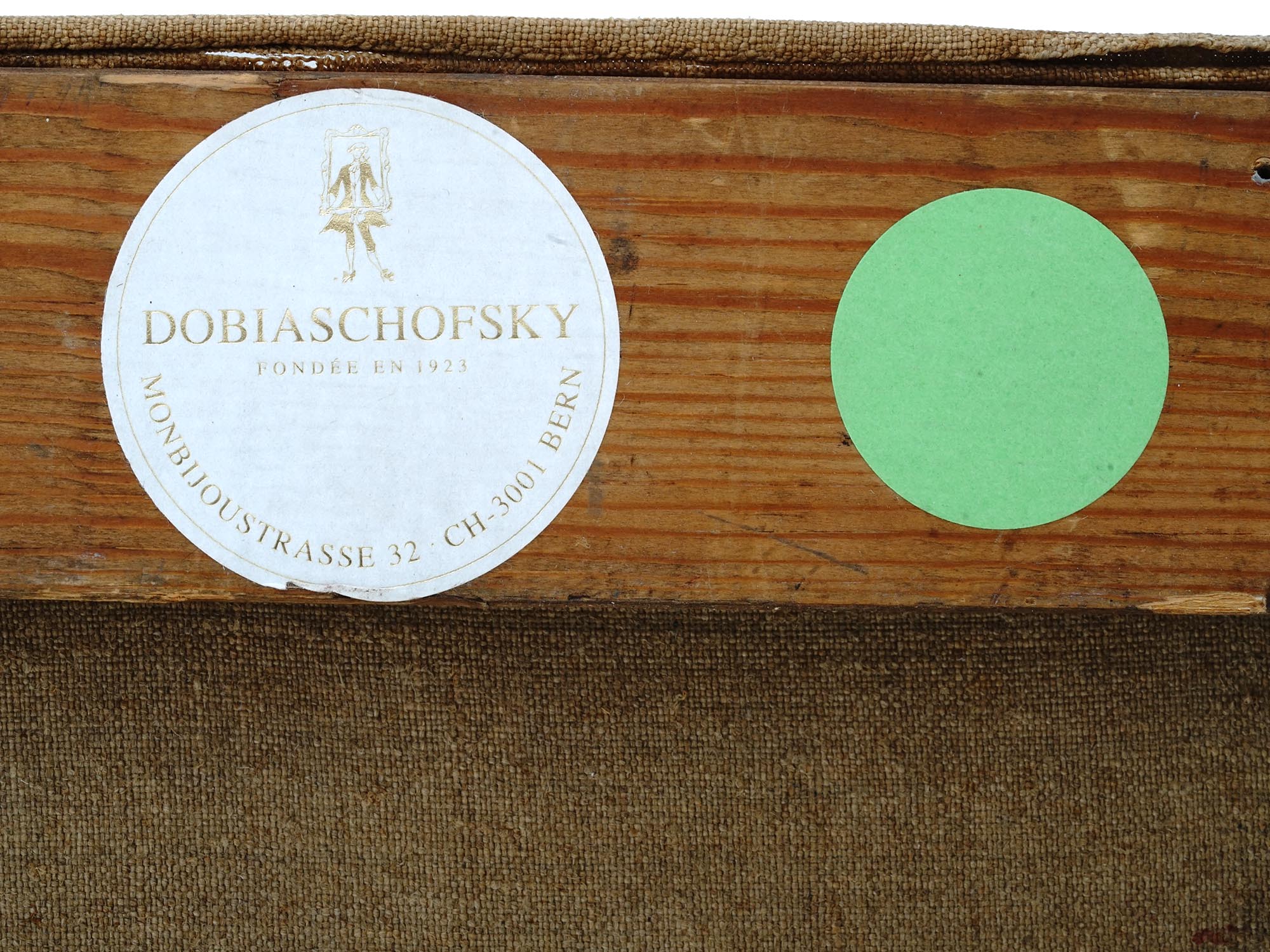 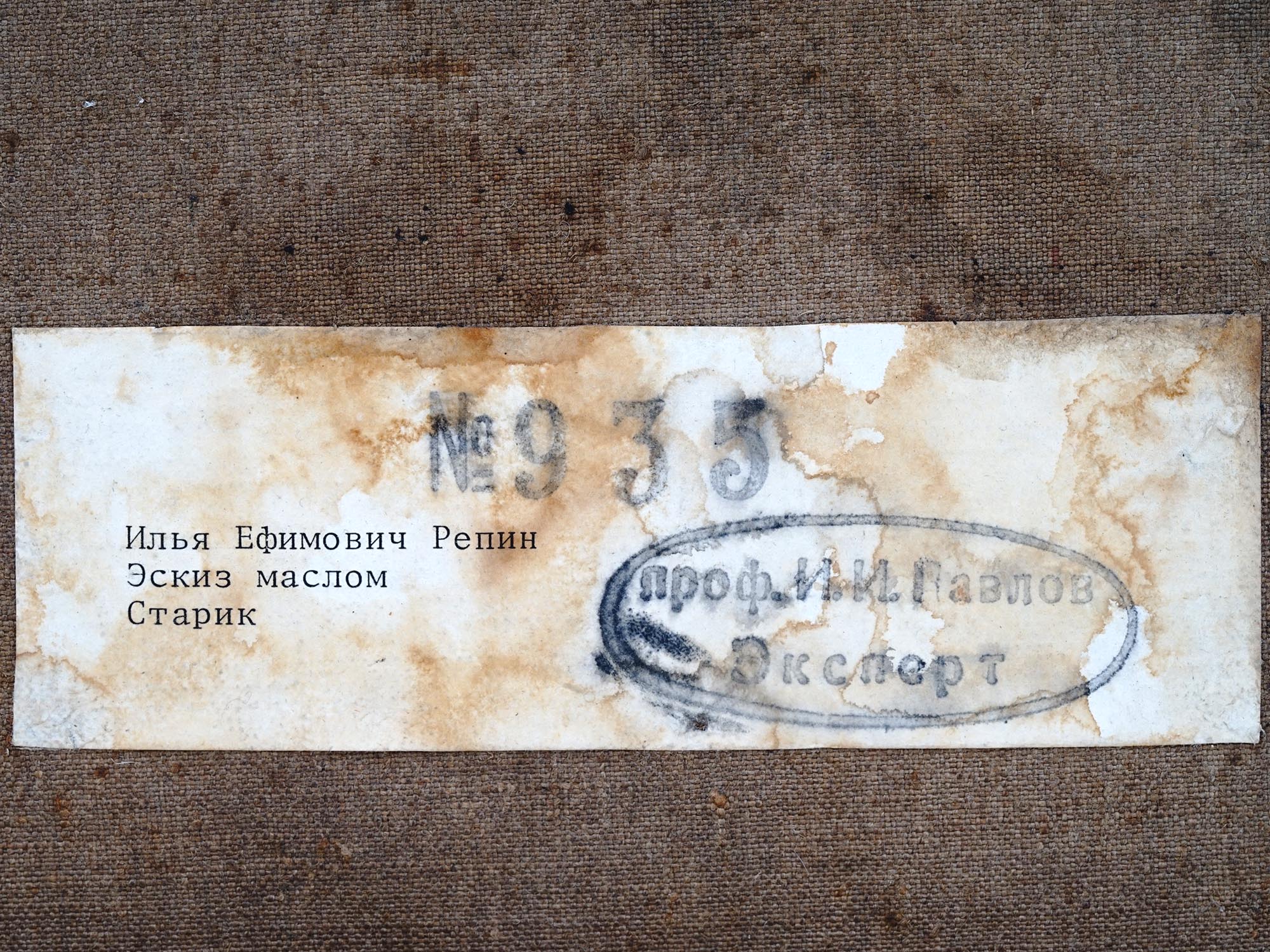 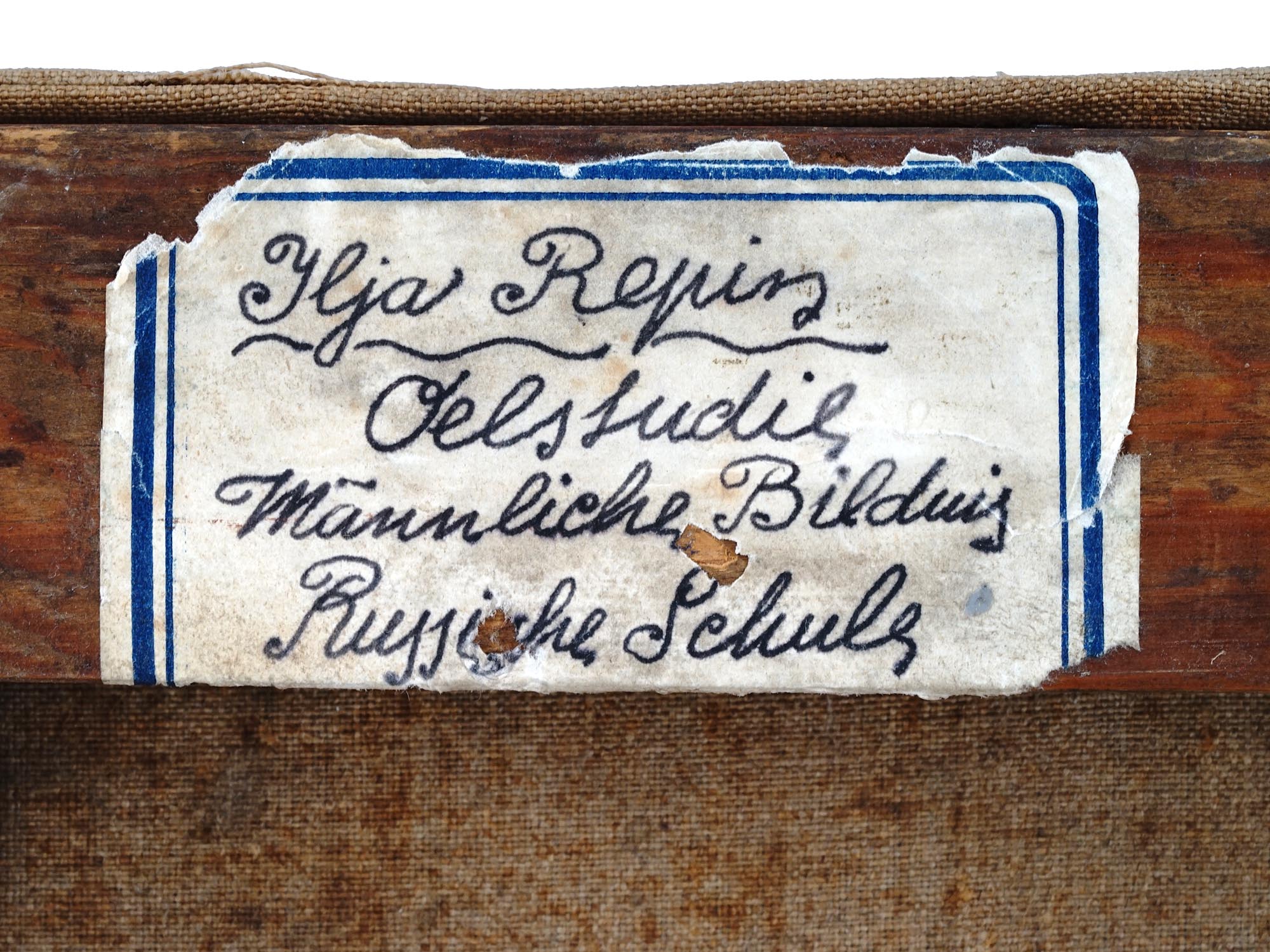 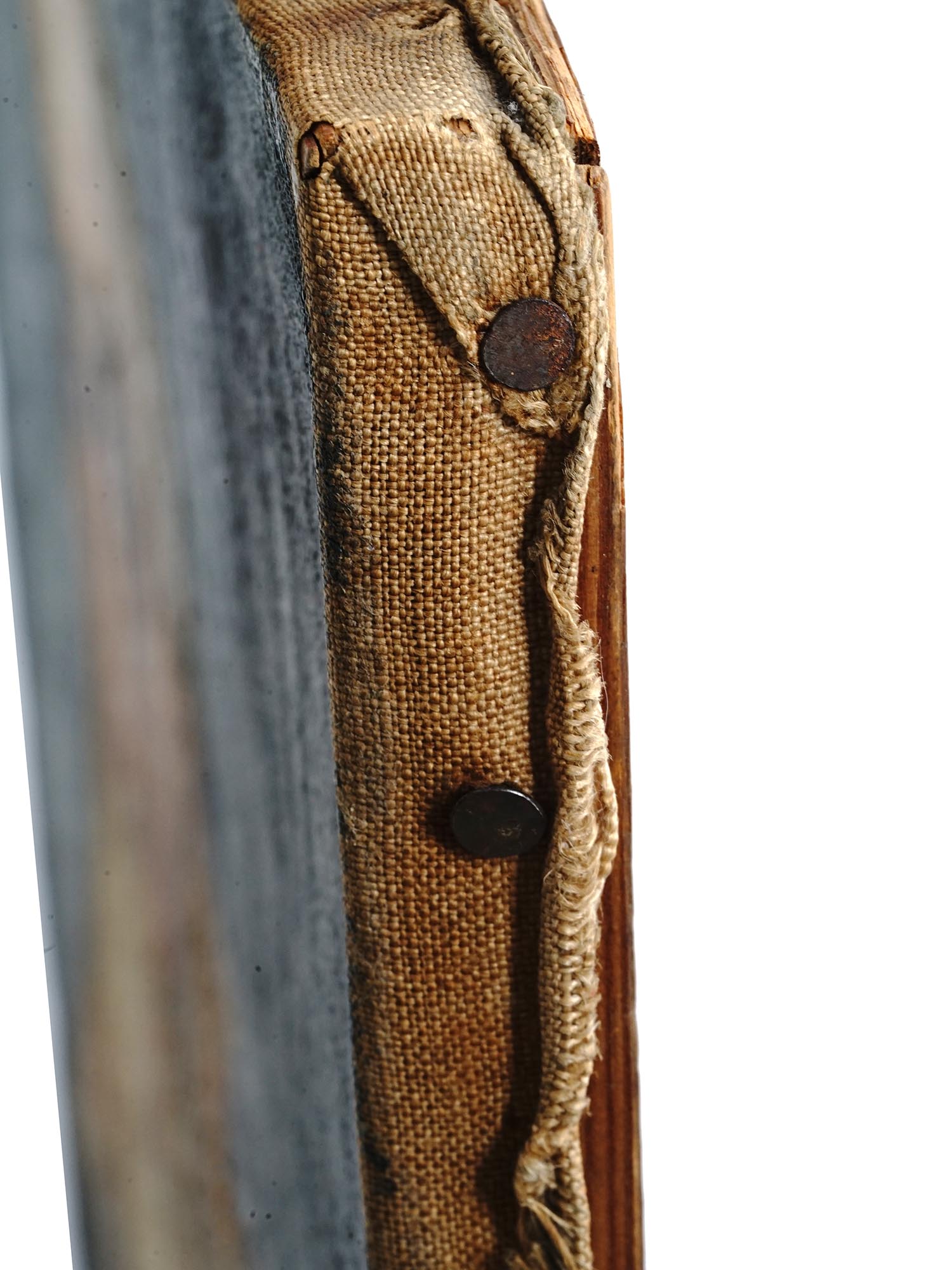 Ilya Yefimovich Repin, Russian, 1844 to 1930, an oil on canvas sketch portrait painting depicting an old man with a beard. Signed upper right by the artist and dated 1883. With hand written information about the painting on the label mounted to the back. Provenance: Dobiaschofsky. Repin became one of the most renowned artists in Russia during the 19th century. His major works include Barge Haulers on the Volga, Religious Procession in Kursk Province, Ivan the Terrible and His Son Ivan . He is also known for the revealing portraits he made of the leading literary and artistic figures of his time, including Mikhail Glinka, Modest Mussorgsky, Pavel Tretyakov and especially Leo Tolstoy, with whom he had a long friendship. Portrait Paintings And Russian Art Collectibles.

Overall good vintage condition. Signs of age and wear. Refer to photos. Sold As Is.

Canvas 18 x 20 in. All measurements are approximate.