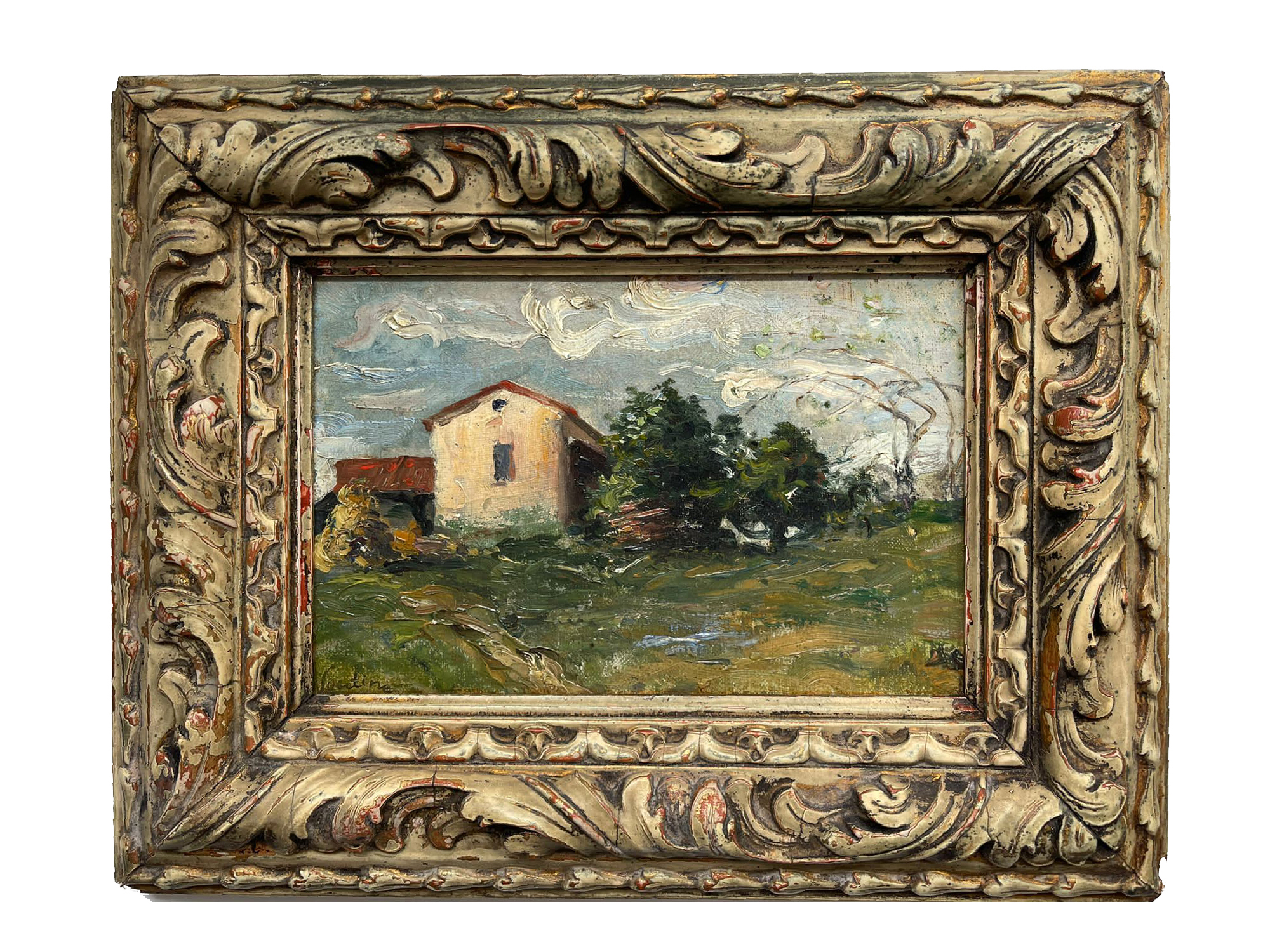 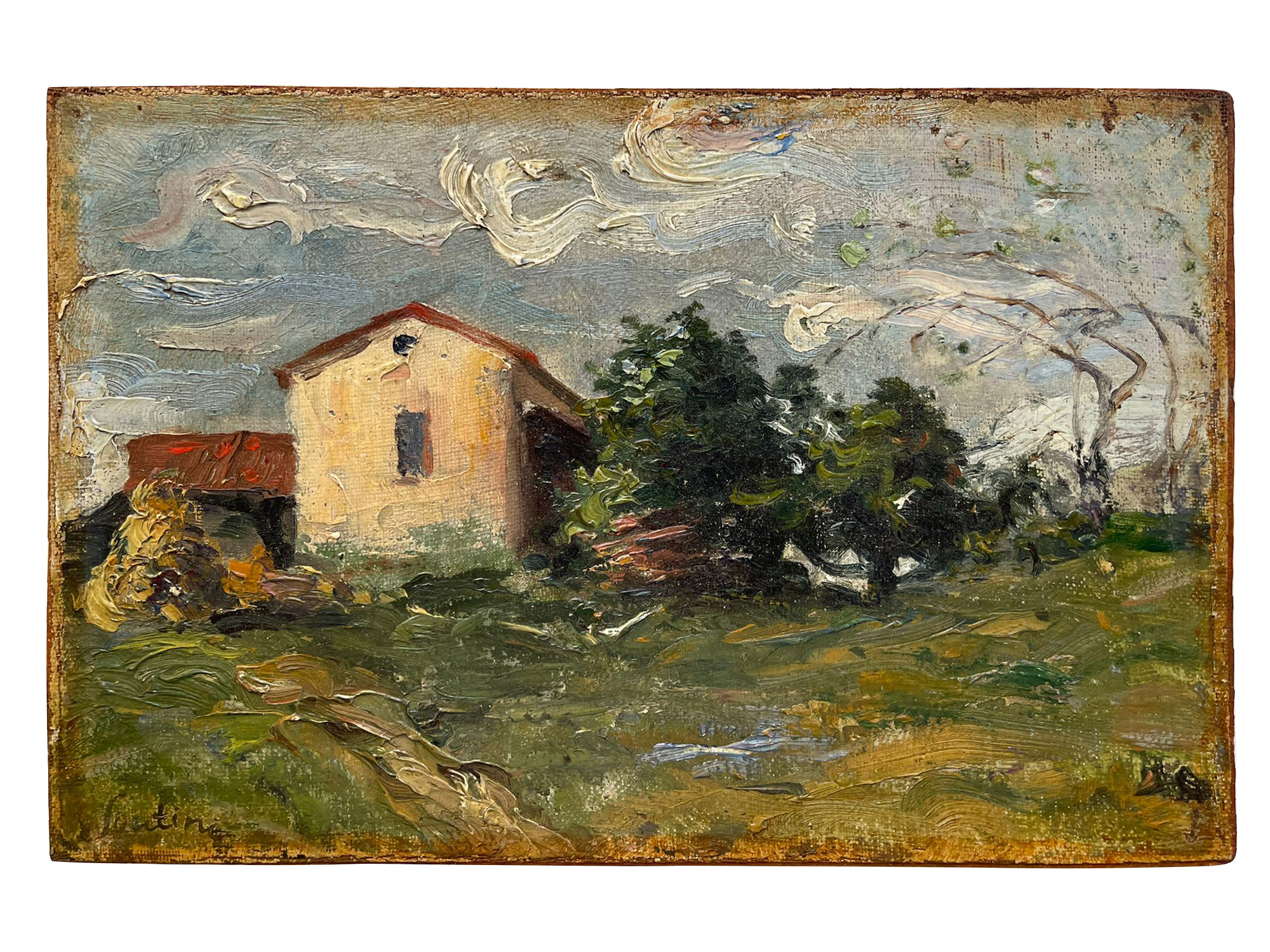 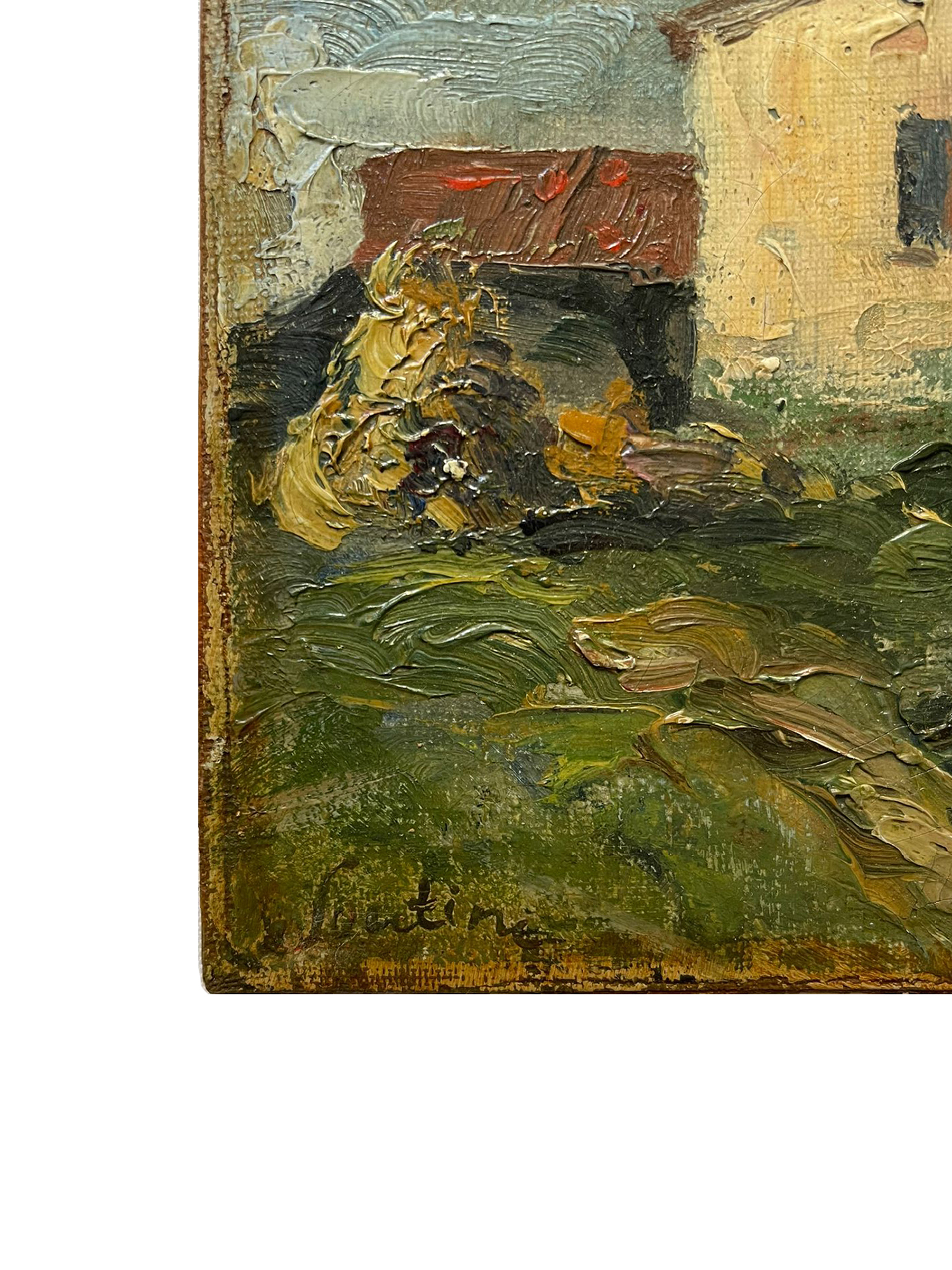 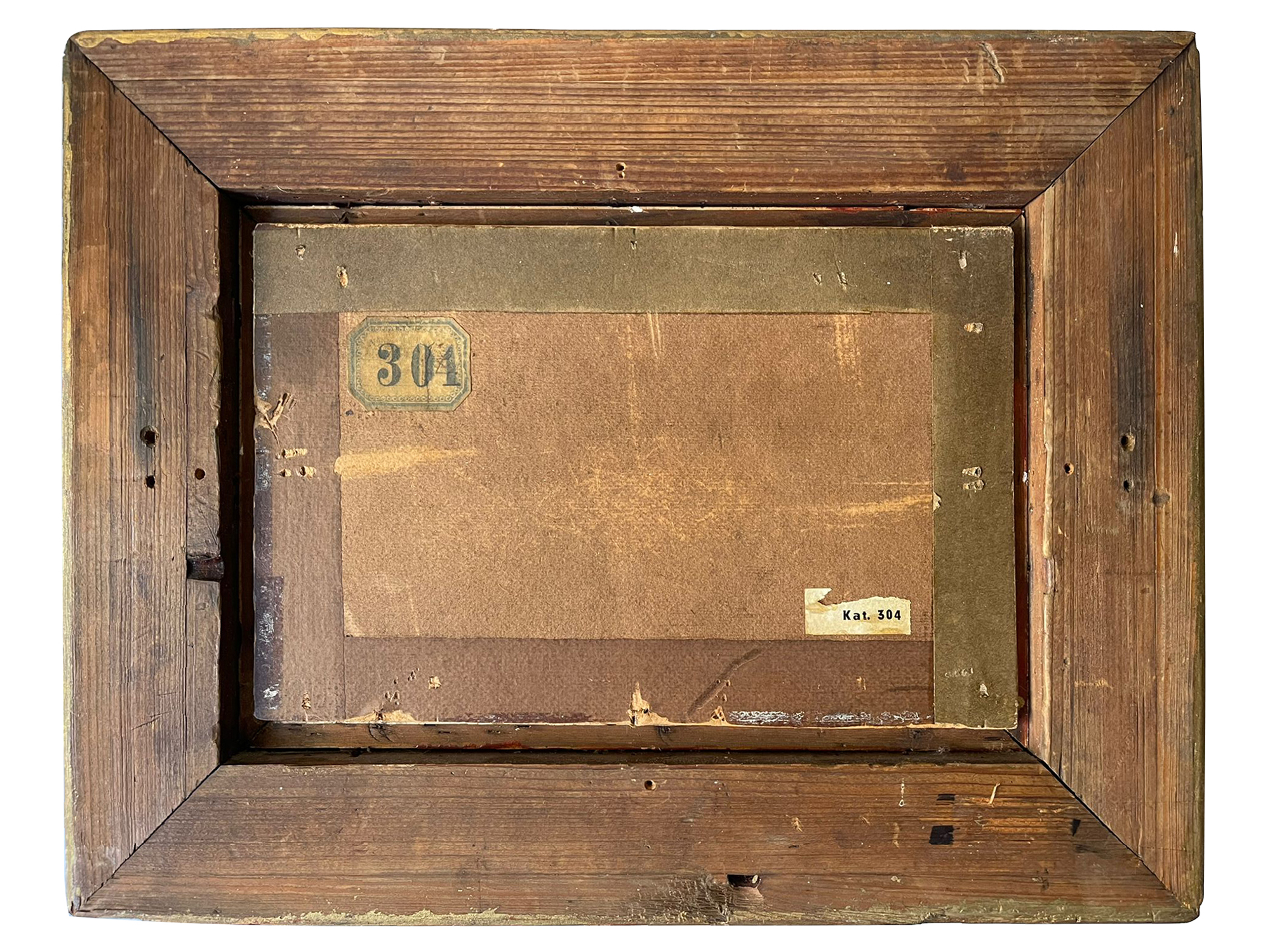 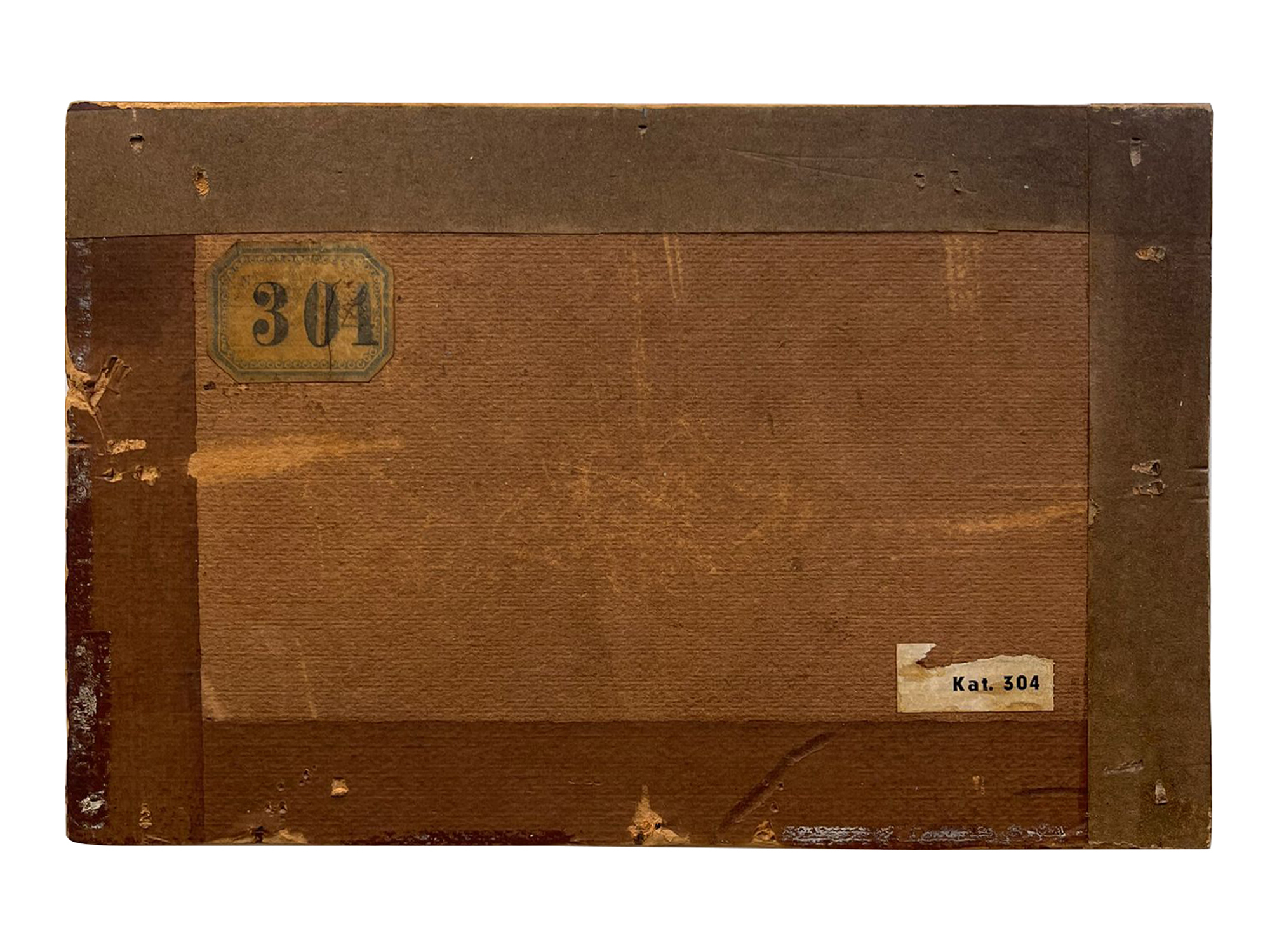 Chaim Soutine, Russian, Jewish, French, 1893 to 1943, Expressionist style oil on canvas landscape painting Paysage Maison. Signed by the artist lower right. Housed in an old gilt wood and gesso frame. Chaim Soutine was a Russian-French painter of Jewish origin. Soutine made a major contribution to the expressionist movement while living in Paris. Inspired by classic painting in the European tradition, exemplified by the works of Rembrandt, Chardin and Courbet, Soutine developed an individual style more concerned with shape, color, and texture over representation, which served as a bridge between more traditional approaches and the developing form of Abstract Expressionism. Soutine was born Chaim Sutin, in Smilavichy in the Minsk Governorate of the Russian Empire, present-day Belarus. He was the tenth of eleven children. From 1910 to 1913 he studied in Vilnius at the Vilna Academy of Fine Arts. In 1913, with his friends Pinchus Kremegne and Michel Kikoine, he emigrated to Paris, where he studied at the École des Beaux-Arts under Fernand Cormon. He soon developed a highly personal vision and painting technique. One of a kind artwork. Russian Abstract And Expressionist Fine Art For Collectors.

Good overall condition, signs of age and wear. Little scuffs on the frame and on the edges of the canvas.