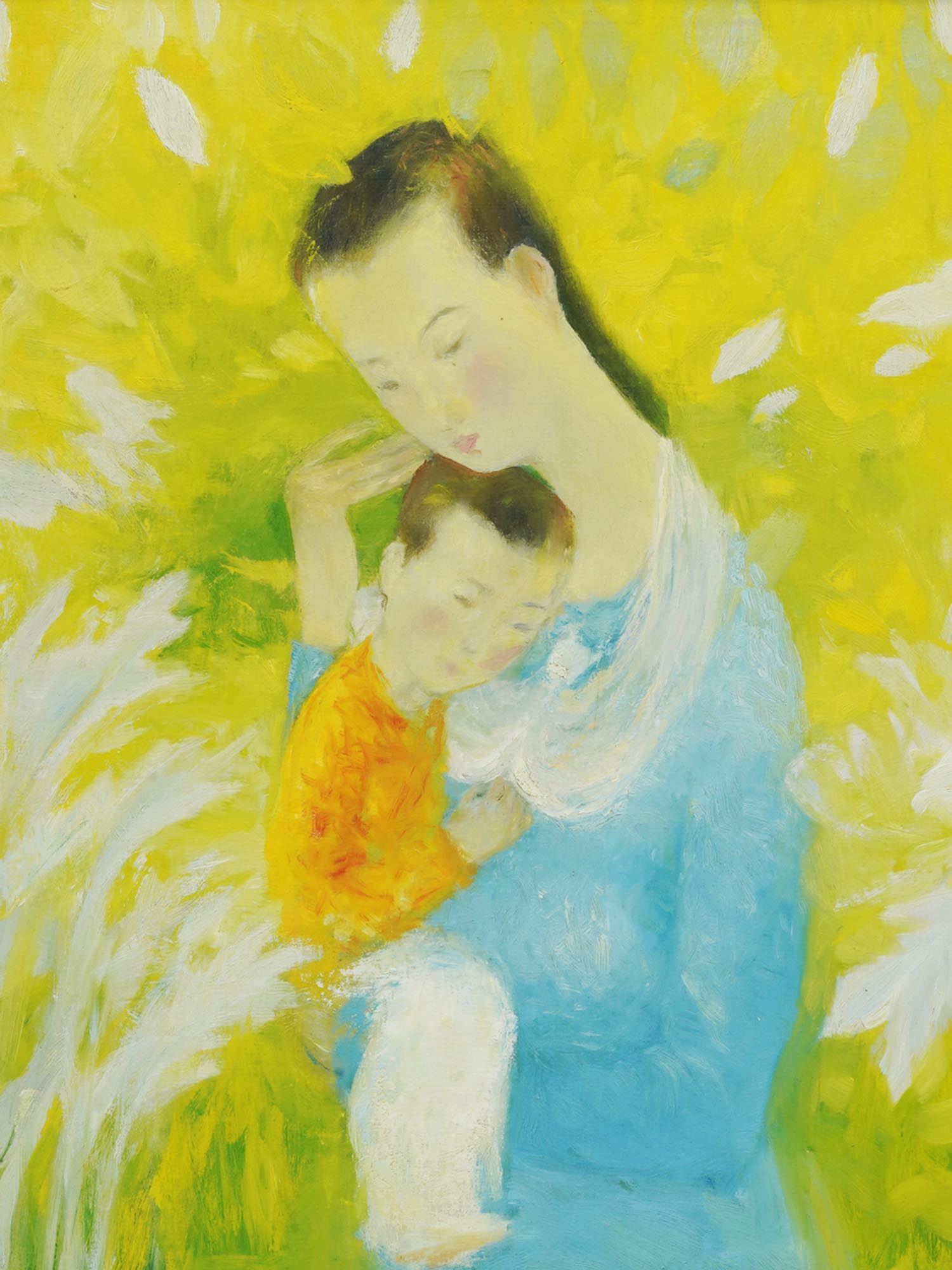 Le Pho, Vietnamese, French, 1907 to 2001, oil painting on canvas depicting a double portrait of a mother and a child. Signed with Hieroglyphs and in Latin lower right. Circa: 1960s to 1970s. Framed. An original paper label of Wally Findlay Galleries is on the back. Le Pho was a Vietnamese painter, known for Female figure and floral painting. From 1925 until 1930, Le Pho studied at the Ecole des Beaux Arts of Hanoi. At this point, he earned a scholarship to study at the Ecole des Beaux Arts in Paris, and he studied there for the next two years under the instruction of Victor Tardieu, a friend and companion of Henri Matisse. One of a kind artwork.

Overall good vintage condition. Signs of age and wear. Chips and cracks on a frame. Refer to photos. Sold As Is.