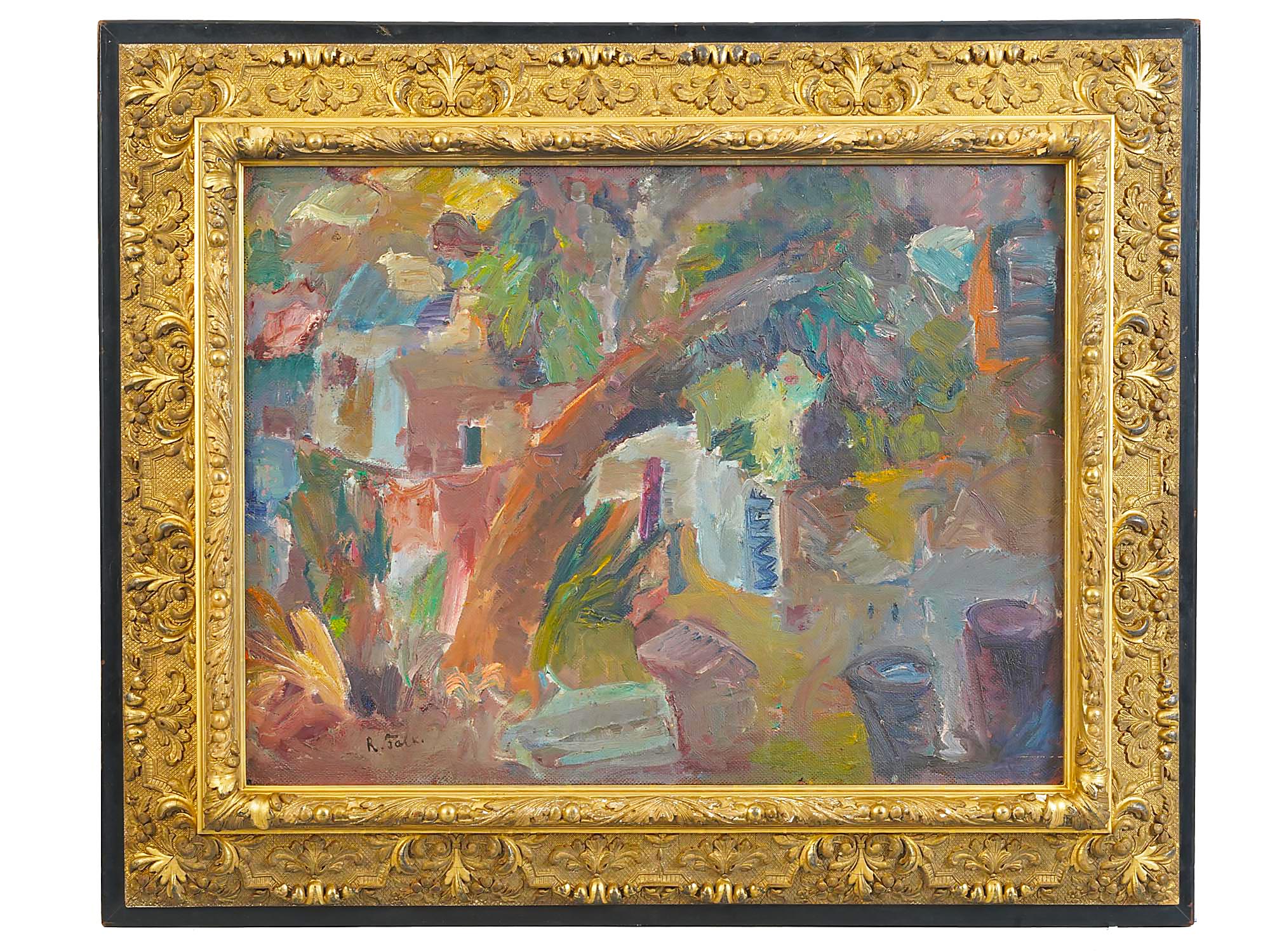 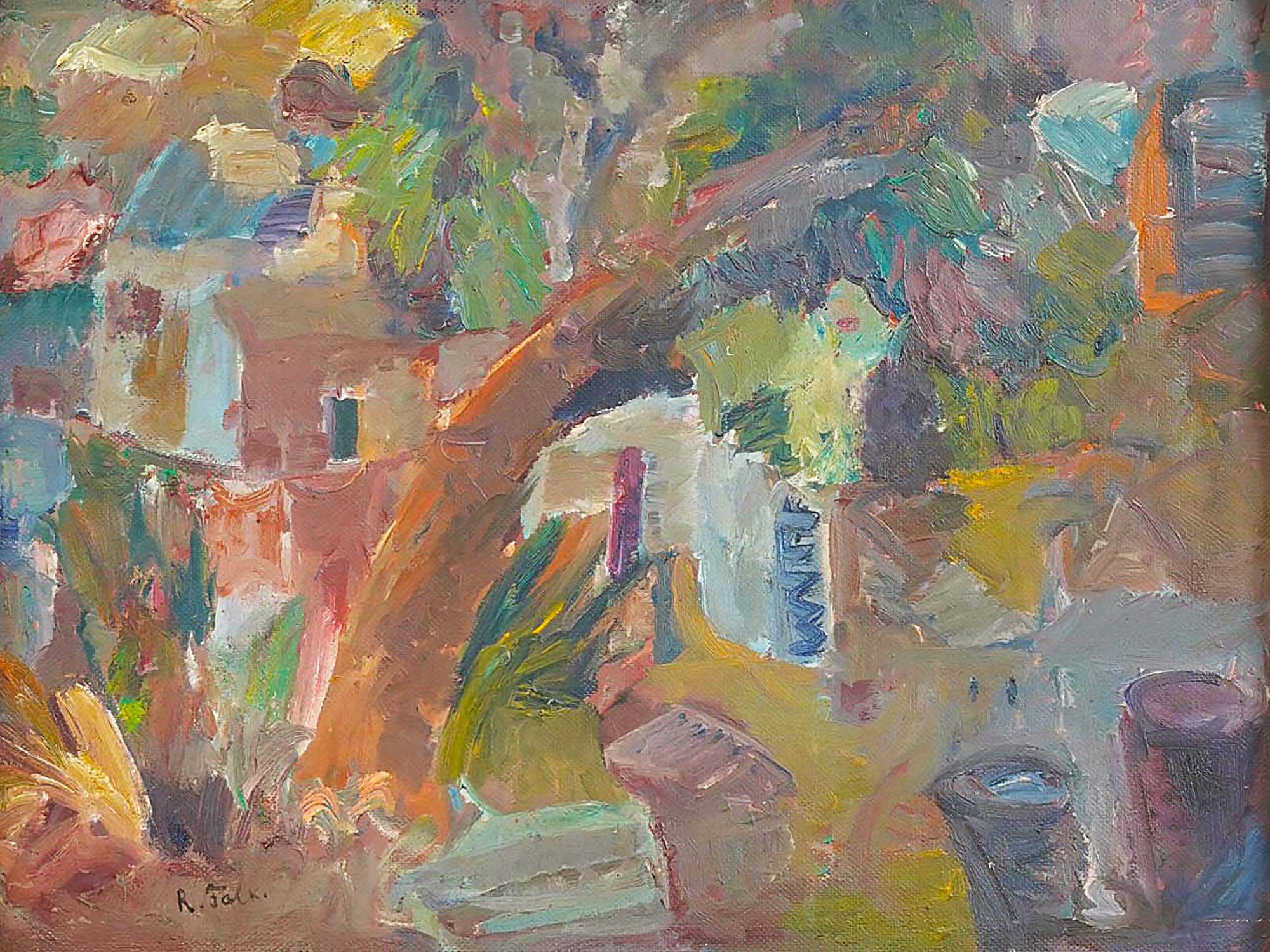 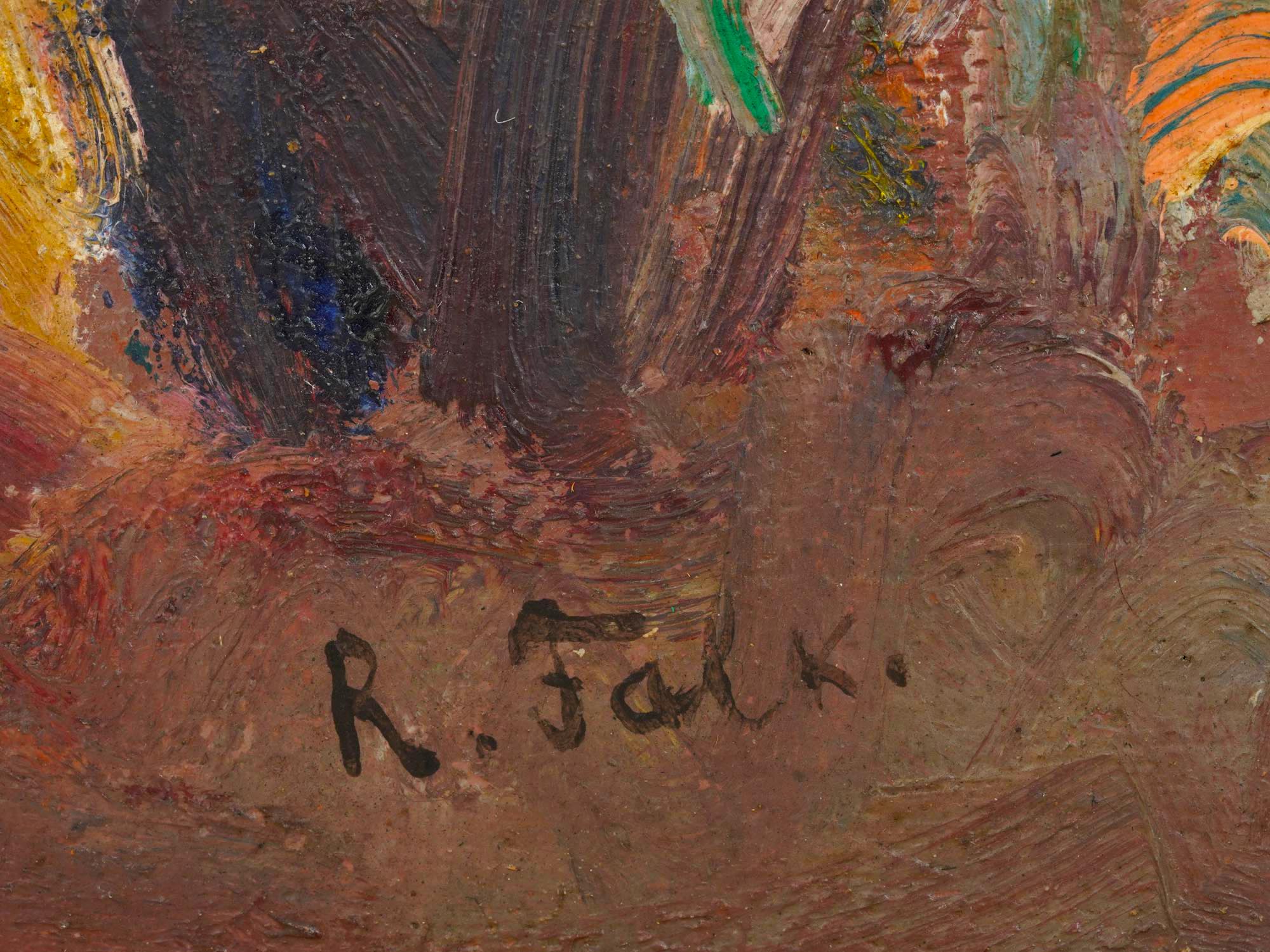 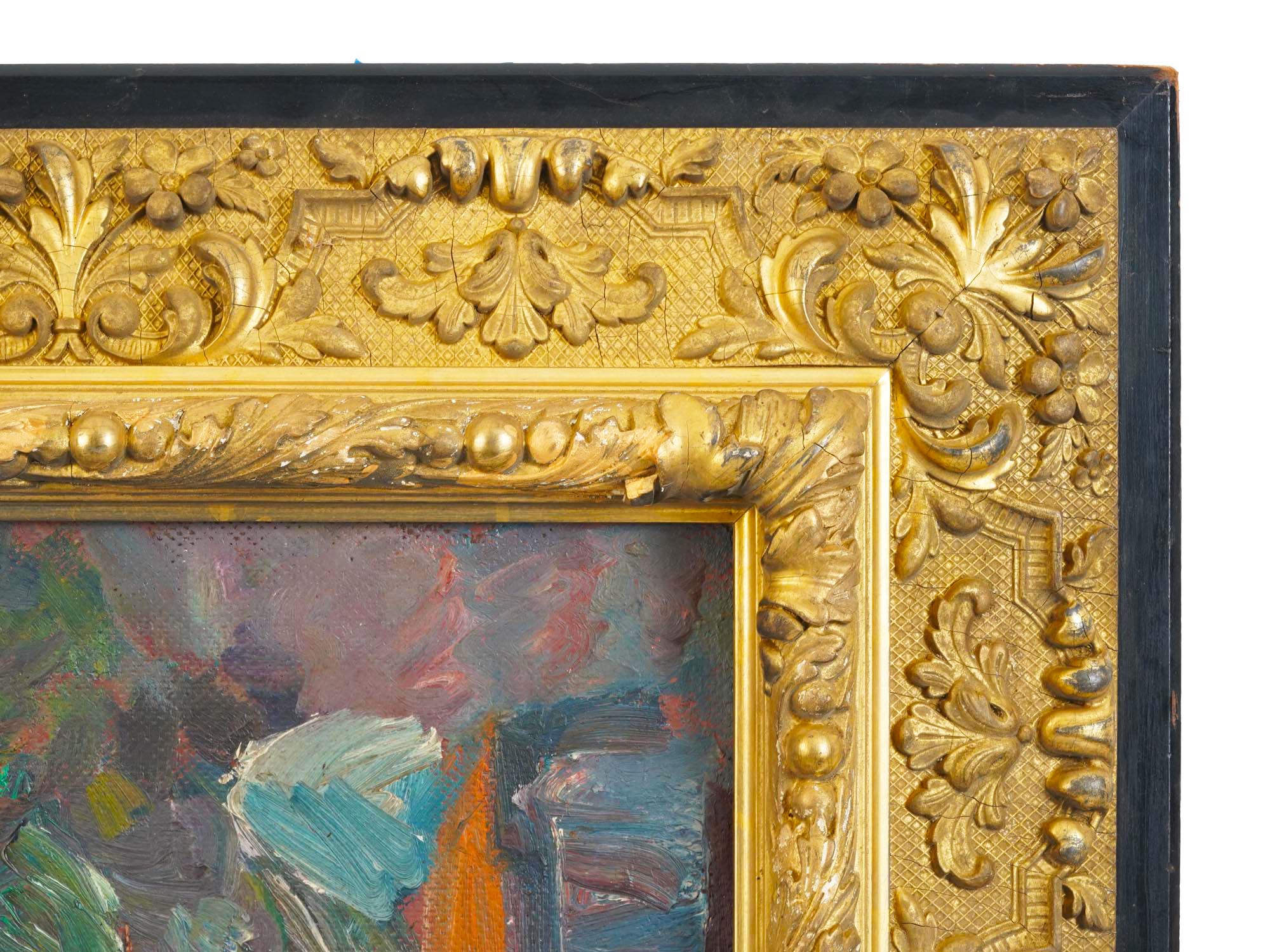 An early 20th century oil on board painting depicting a colorful abstract landscape. Signed lower left: R. Falk. Housed in a richly ornate gilt wood and gesso frame. One of a kind artwork. Robert Falk, Russian, Soviet and French, 1886 to 1958 originally combined the paths of Russian Art Nouveau and Avant Garde in his work. In 1903 to 1904 he studied art in the studios of Konstantin Yuon and Ilya Mashkov, in 1905 to 1909 he studied at the Moscow School of Painting, Sculpture and Architecture with Konstantin Korovin and Valentin Serov. In 1910, Falk was one of the founders and the most active participants of the artistic group Jack of Diamonds. The group considered Paul Cezanne the only painter worth following, and the rest of visual art to be too trivial and bourgeois. The distinctive feature of Falk's paintings of the time was sculpturing of the form using many layers of different paints. In 1918-1928, Falk taught at VKhUTEMAS. In 1928 Falk went on a supposedly short trip to France and refused to return. He worked in Paris until 1938, when he returned to Moscow. After 1938, until his death in 1958 he worked in Moscow, most of the time in isolation. Russian Modernist Fine Art For Collectors.

Overall good vintage condition. Signs of age and wear. Refer to photos. Sold As Is.