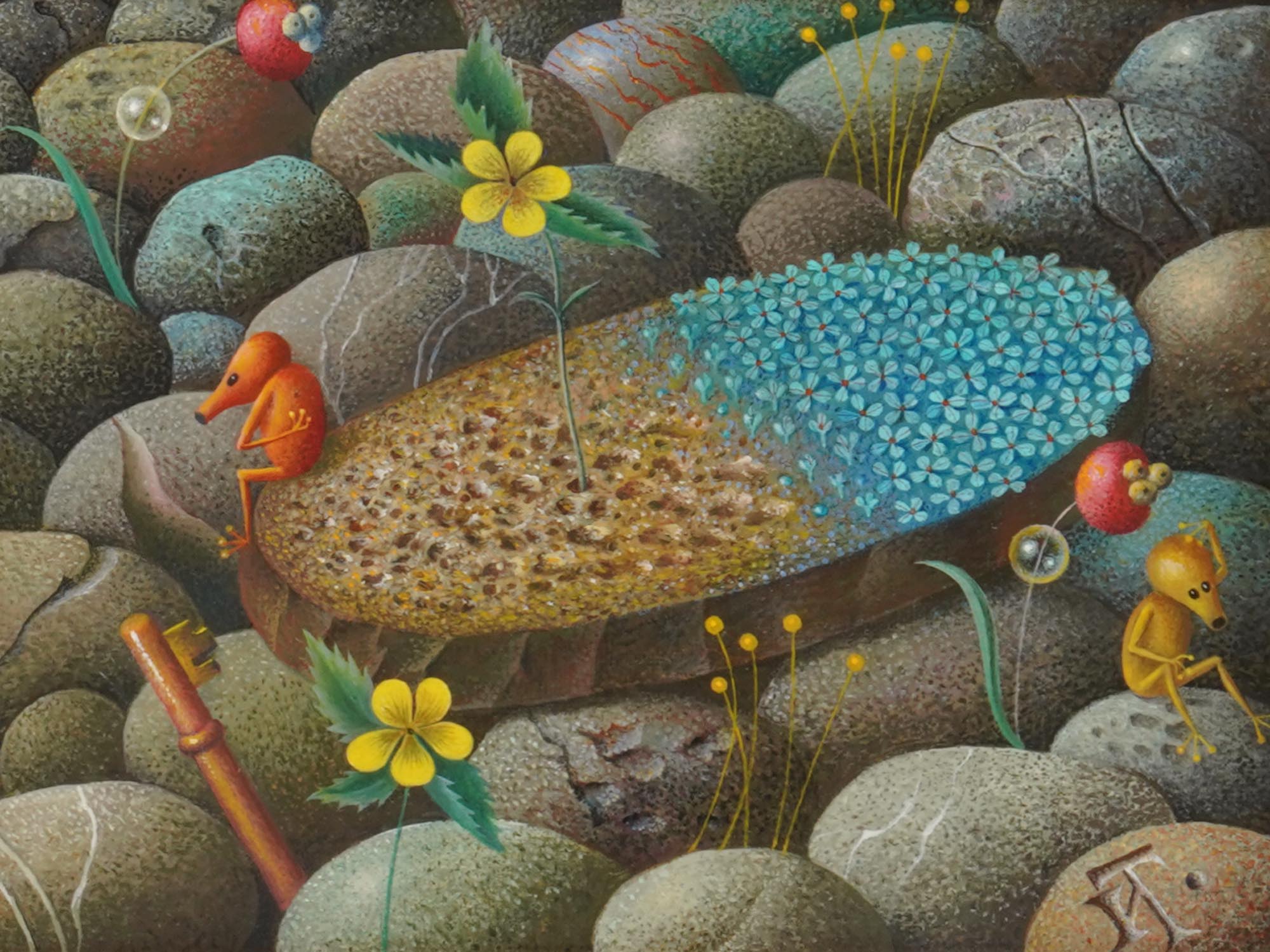 A Surrealist oil on canvas painting by Igor Tulpanov, Russian, American, b. 1939. Signed by the artist lower right. The painting depicts fantastic creatures among stones and flowers, titled on the back: The Enchantment of Immortality, dated 2005 and signed in Latin and Cyrillic. Matted and framed. Igor Vissarionovich Tulpanov was born in 1939. He studied at the Leningrad Higher Marine Engineering School, then for four years at the Polytechnic Institute, at the courses of drawing and painting at the Institute of Painting, Sculpture and Architecture named after I.E. Repin. In 1959-64 he studied at the Leningrad Institute of Theater, Music and Cinematography in the workshop of Nikolai Akimov, and after graduating from high school, he became the chief artist at the Akimov Comedy Theater. In 1978, Igor Tyulpanov, together with his wife, artist Elena Zakharova, emigrated to France, then to the United States. One of a kind artwork. Russian Soviet Non Conformist Fine Art For Collectors.